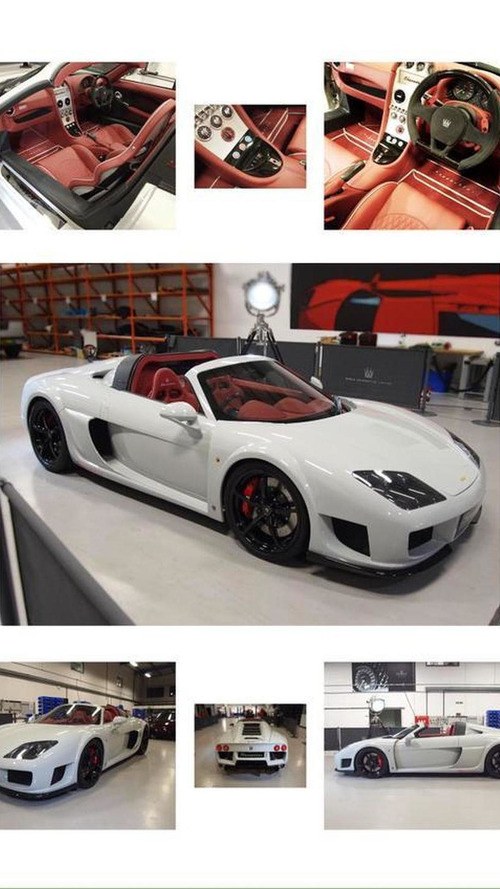 Noble has unveiled the M600 Speedster at Autosport International.

Noble has unveiled the M600 Speedster at Autosport International.

Described as a "research-gathering exercise," the prototype is essentially an M600 with the roof cut off.

Noble didn't have much to say about the car but they confirmed it is powered by a twin-turbo 4.4-liter V8 engine that develops 650 bhp (484 kW). It is connected to a six-speed semi-automatic transmission which enables the car to hit a top speed in excess of 200 mph (321 km/h).

While it's technically a prototype, Noble managing director Peter Boutwood hinted "If it makes production, our aim is for it to be one of the fastest cabriolets in the world."

We appear to be missing something here?? It's an M600 Jim but not as we know it. @Legouix see us Hall 19 Stand 19310. pic.twitter.com/NJQVEayWYd