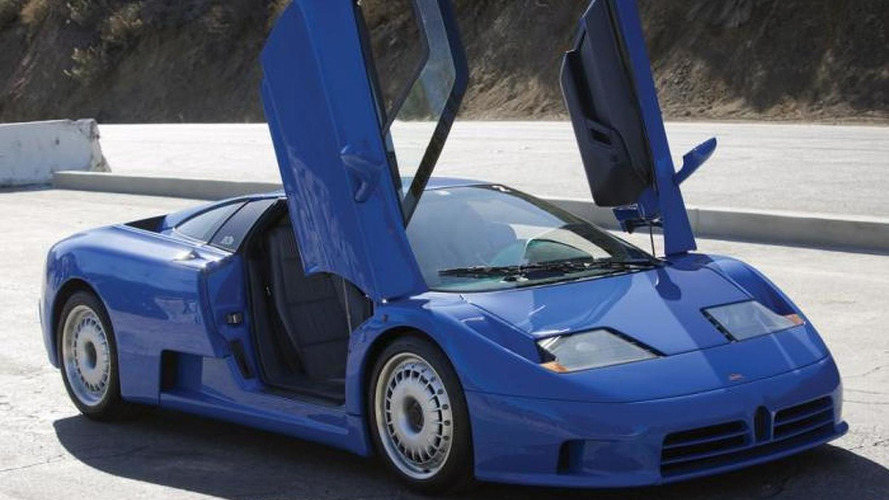 A 1993 Bugatti EB110 GT in great condition will be auctioned next week in Scottsdale, Arizona by RM Auctions.

A 1993 Bugatti EB110 GT in great condition will be auctioned next week in Scottsdale, Arizona by RM Auctions.

For some reasons, the Veyron's precursor never got the media exposure it deserved although it was a true beast of the early 90s. This particular vehicle is the sixth car built (out of a 139 total) and it was completed in March 1993 when Bugatti delivered it to Japanese collector Yutaro Okamoto. He drove it in the Italian Bugatti rally of June 1994 and later on decided to have the car repainted in Bugatti racing blue while the original grey leather interior was slightly modified by receiving grey Alcantara on the transmission tunnel and dashboard.

It's a single ownership EB110 GT with only 8,235 km (5,116 miles) on the odometer and it appears to be in pristine condition both inside and out. At its heart is a massive V12 quad turbo engine pushing out 550 bhp (410 kW) engine which is enough for a 213 mph (343 km/h) top speed that it's quite hard to beat even after 22 years. All that power is transferred to both axles through a six-speed manual transaxle gearbox granting the supercar with a 0-60 mph (0-96 km/h) run in approximately 3.5 seconds.