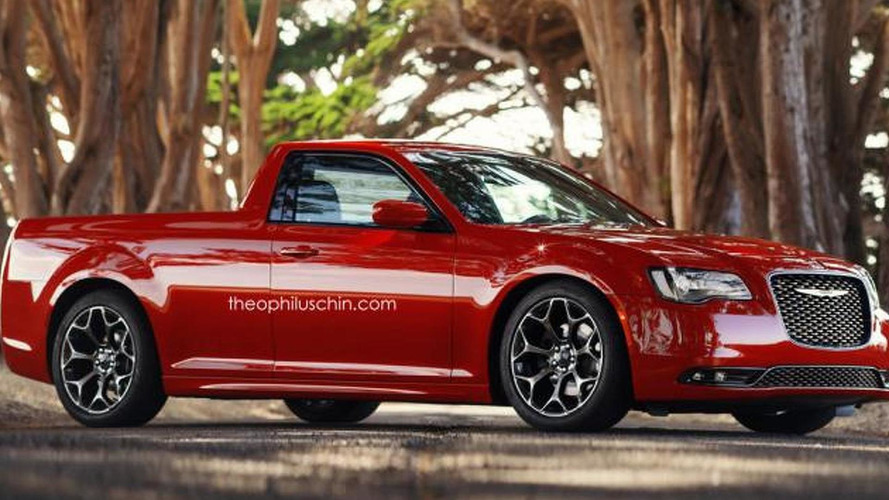 The 2015 Chrysler 300 has morphed into an "utility coupe" thanks to talented artist Theophilus Chin.

The 2015 Chrysler 300 has morphed into an "utility coupe" thanks to talented artist Theophilus Chin.

Chrysler applied a subtle facelift on the "300" in the second half of November last year and since then the model has fueled the imagination of several independent artists with Photoshop skills who wanted to turn the car into something else. X-Tomi Design transformed the full-size sedan into a coupe and now Theophilus Chin envisioned it as the American equivalent of a ute.

While the aforementioned 300 Coupe render is somewhat plausible, there are virtually no chances of seeing a "300 Utility Coupe" but nevertheless it's still an interesting styling exercise.

An all-new Chrysler 300 is scheduled for a 2018 release and it could receive a significantly different design due to more stringent fuel economy standards. However, Chrysler's Senior Vice President of Design says the 300 will continue to have its unique styling and won't ever "try to emulate anybody else."