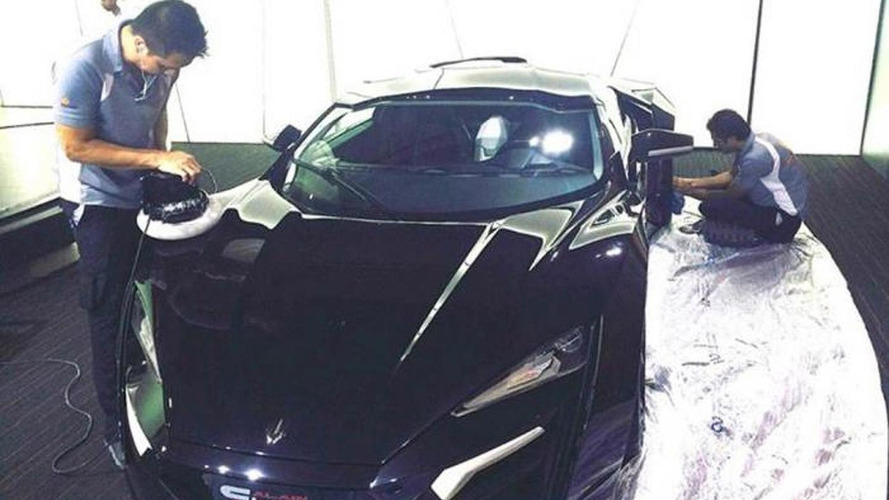 A black example of the limited-run W Motors Lykan Hypersport is currently up for sale in Dubai.

The local Al-Ain Class Motors has been selected by the producer as one of the few dealerships in the world to sell the first model of the brand. Only seven examples of the “Arabia’s first supercar” will be produced with each one carrying a price tag of 3.4M USD (2.87M EUR).

The production version of the Lykan Hypersport was unveiled at the Dubai International Motor Show in November 2013. The machine is powered by a RUF twin-turbo, flat-six 3.7-liter engine with 770 HP (566 kW) and 1,000 Nm (737 lb-ft) of torque. Power is sent to the wheels via a six-speed sequential gearbox.