Seat Leon ST CUPRA goes official with up to 280 HP 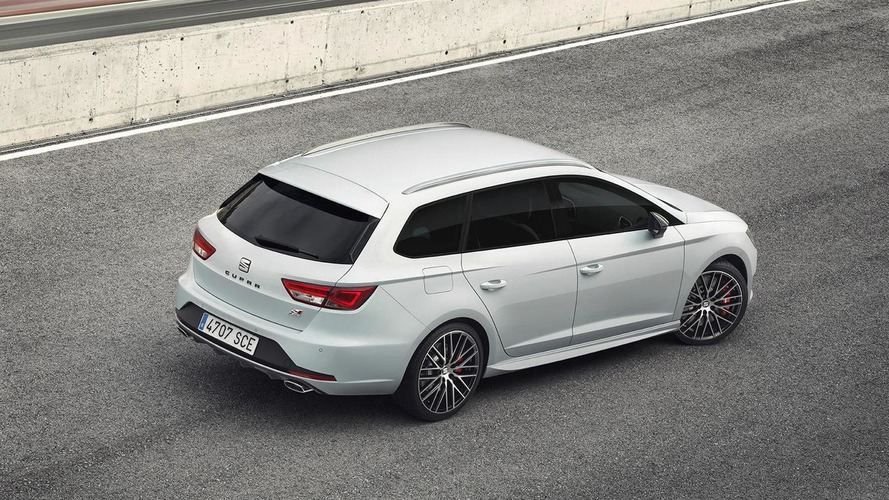 Following a series of spy images, Volkswagen-owned SEAT has unveiled the range-topping CUPRA derivative of the Leon ST.

Following a series of spy images, Volkswagen-owned SEAT has unveiled the range-topping CUPRA derivative of the Leon ST.

Seat launched the Cupra and Cupra 280 three- and five-door hatchbacks back in March 2014 at the Geneva Motor Show and now they have completed the range by introducing the wagon version which just like the other two body styles can be had in two flavors, both powered by a four-cylinder 2.0 turbocharged gasoline engine.

The SEAT Leon ST CUPRA is equipped with a Dynamic Chassis Control (DCC) system capable of modifying in a matter of milliseconds the chassis characteristics to match the road conditions. The cars also come with a front-axle differential lock which improves traction and diminishes torque steer without having a negative impact on the standard progressive steering.

18-inch alloys are standard on the Leon ST CUPRA while the "280" variant comes with bigger 19-inch rims featuring a titanium finish. The more powerful version can also be distinguished by its roof-mounted spoiler, "CUPRA" lettering on the brake calipers along with black side mirrors while inside it gets deep glossy black or classic chrome trim elements.

SEAT will bring the Leon ST CUPRAs at the 2015 Geneva Motor Show set for early March.