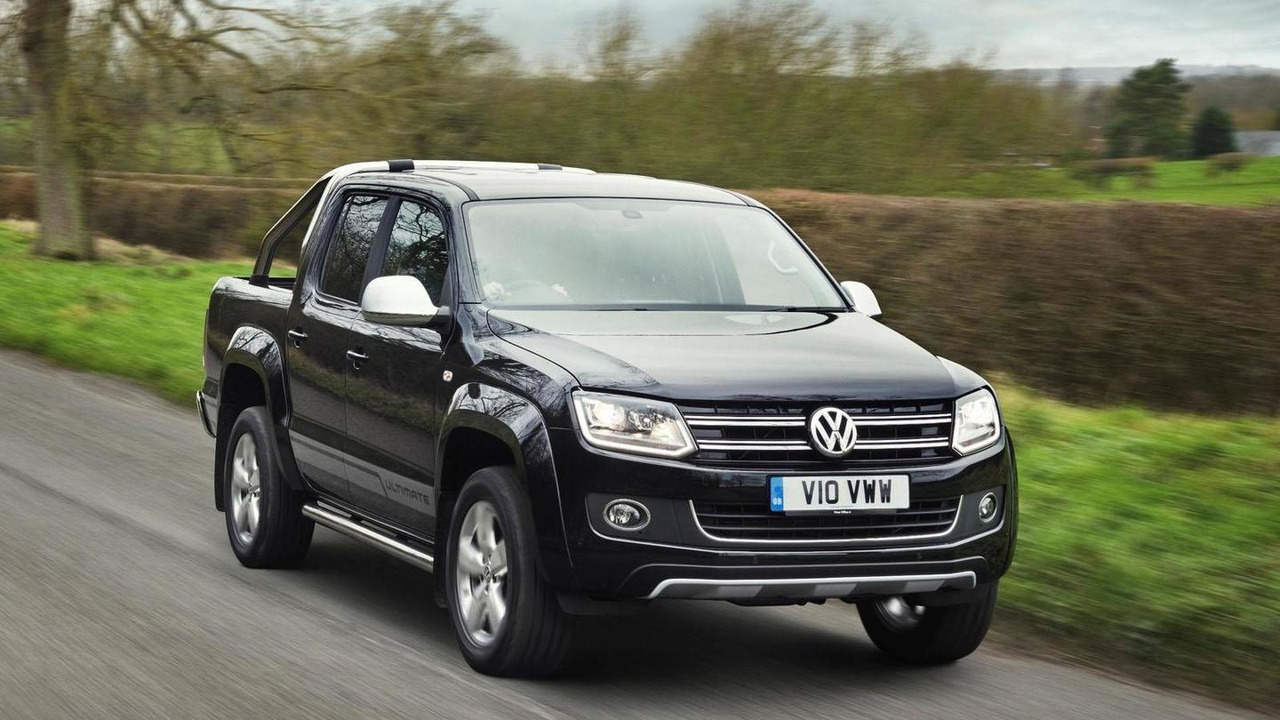 Volkswagen has announced plans to offer the Amarok Ultimate in the United Kingdom.

Volkswagen has announced plans to offer the Amarok Ultimate  in the United Kingdom.

Described as the most luxurious Amarok ever created, the model has bi-xenon headlights, chrome accents and 19–inch alloy wheels. The truck also has tinted taillights, LED daytime running lights and "Ultimate" badging

Moving on to the interior, there's a leather-wrapped steering wheel, Alcantara-trimmed seats and alloy pedals (automatic models only). Other notable highlights include heated front seats, a rearview camera and GPS navigation.

Power is provided by a 2.0-liter BiTDI engine that develops up to 180 PS (132 kW) and 420 Nm (309 lb-ft) of torque. It can be connected to either a six-speed manual or an optional eight-speed automatic transmission. Regardless of which gearbox is selected, 4MOTION all-wheel drive is standard.

The Amarok Ultimate Edition is currently on sale and pricing starts at £29,555 (excluding VAT).