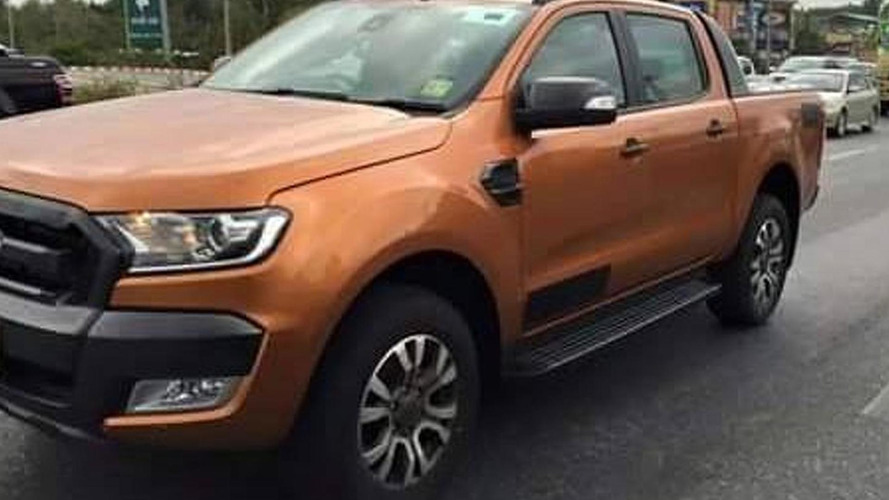 An undisguised prototype of the 2015 Ford Ranger Wildtrak has been photographed on the streets of Thailand.

An undisguised prototype of the 2015 Ford Ranger Wildtrak has been photographed on the streets of Thailand.

Ford Asia Pacific provided a first glimpse of the facelifted Ranger towards the end of November last year through a short teaser clip and now a spy photo of the model has emerged. It shows the 2015 Ranger in the range-topping Wildtrak specification with a more rugged appearance highlighted by the black bumper trim and front grille, black sports bar at the back along with decals on the doors and tub which on this car have been hidden underneath some black tape.

Photos of the interior cabin are not available at this point but expect something along the lines of the 2015 Everest. Ford Asia Pacific is describing the 2015 Ranger as being “smarter, safer, smoother and stronger” compared to the outgoing version but exact details have yet to be released.