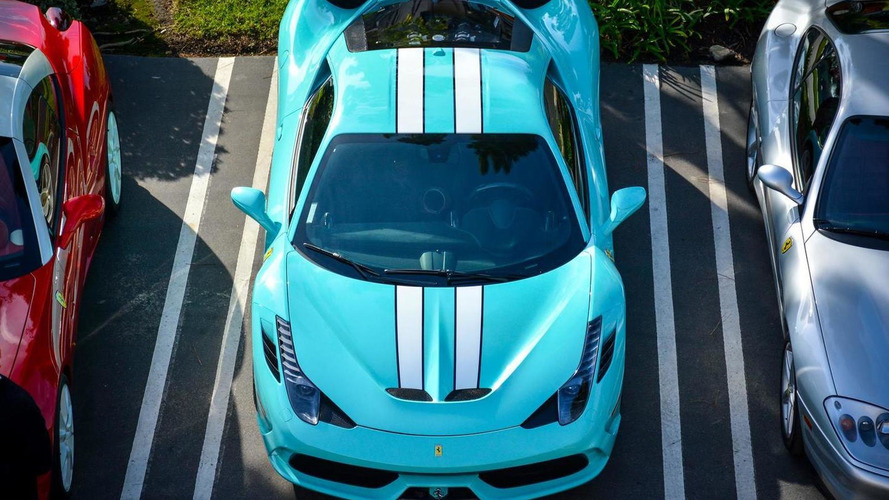 A Ferrari 458 Speciale featuring a striking Tiffany Blue paint showed up at a gathering organized by Ferrari of Newport Beach.

A Ferrari 458 Speciale featuring a striking Tiffany Blue paint showed up at a gathering organized by Ferrari of Newport Beach.

Most Ferrari customers select a red, black or yellow paint when configuring their prancing horse but one owner decided not to follow the trend as he went for a Tiffany Blue hue which makes the 458 Speciale stand out even more. He brought his car during a holiday cruise organized by Ferrari of Newport Beach where a wide variety of other models participated, including another $298,000 458 Speciale (painted in red) and the beloved F40.

Basically all current Ferraris were there, with the exception of the range-topping LaFerrari and the 458 Speciale’s open-top sibling called Aperta of which only 499 units are being planned.

We remind you Ferrari is facing a high demand for the Speciale which is why they are prioritizing orders based on their value. In other words, the more equipment a client adds to his Speciale, the more chances he will have getting the car. Consequently, ordering the "basic" 458 Speciale will probably put you at the bottom of the order list, with slim chances of actually getting the car. 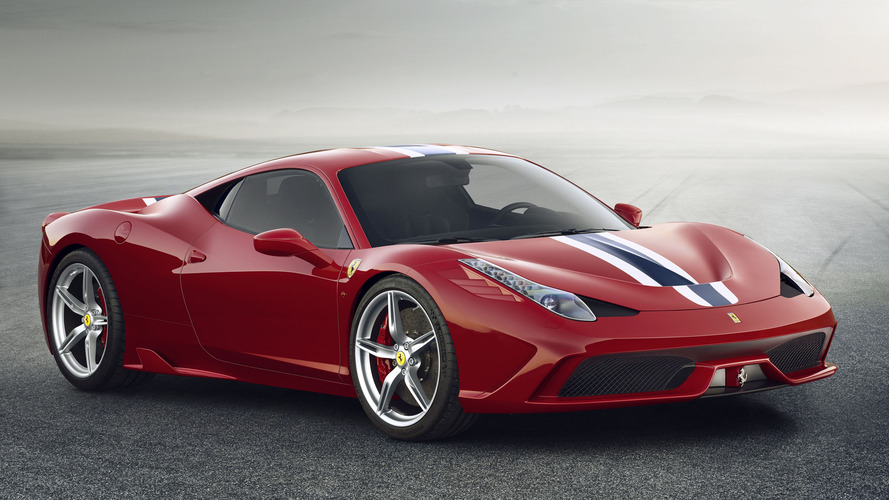