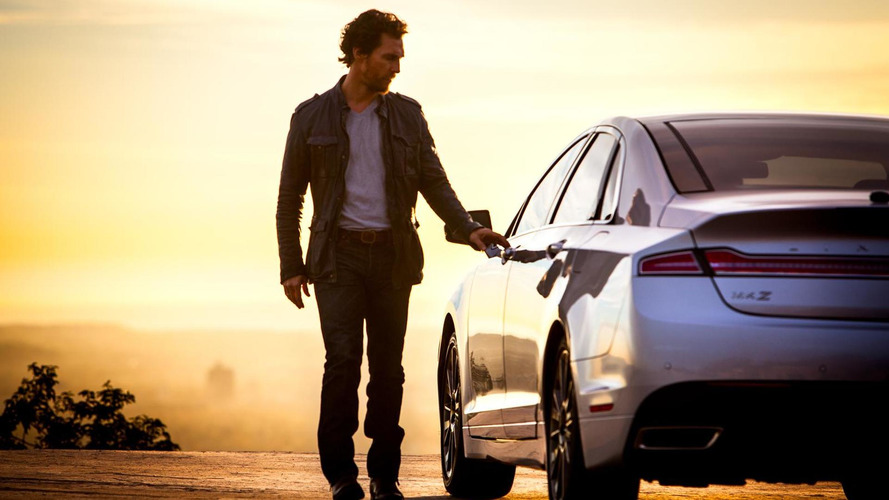 Oscar-winning actor Matthew McConaughey is back in a couple of promotional clips for the 2015 Lincoln MKZ and MKZ Hybrid.

Oscar-winning actor Matthew McConaughey is back in a couple of promotional clips for the 2015 Lincoln MKZ and MKZ Hybrid.

In the second half of August, Lincoln joined forces with Matthew McConaughey to create a TV and digital campaign for promoting a variety of cars. Initially, the actor starred in a couple of clips showing off the 2015 MKC and now we get to see him advertising the 2015 MKZ and its hybrid sibling. Both videos were shot in Los Angeles over two days and were directed by Nicolas Winding Refn who was also responsible for the previous clips that "fueled early sales success" of the model.

The latest advertising spots are called "Diner" and "Balance" and will air on TV for the first time during New Year's Day college football bowl games. Talking about the two new commercials, Matthew McConaughey says "If I can be authentic, and the spots are authentic, then we are sending the same message. And I think we're doing that in this series of Lincoln ads."