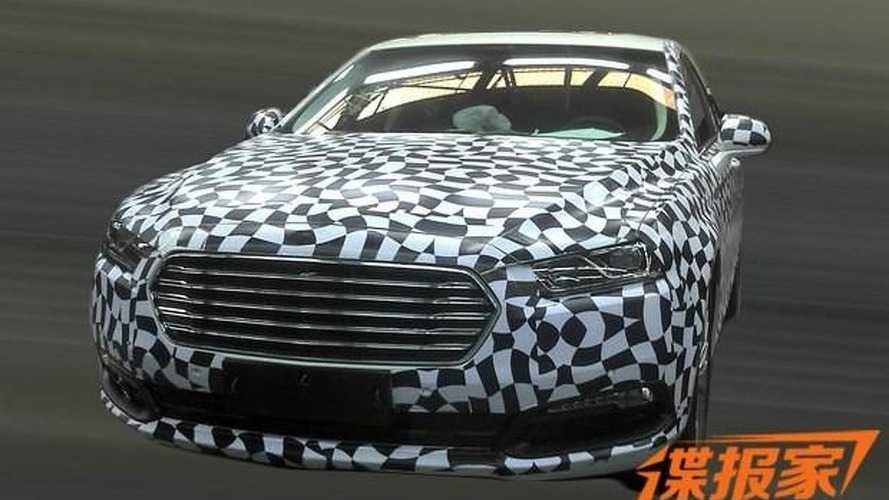 A heavily camouflaged prototype of the 2016 Ford Taurus has been spied undergoing testing in China.

A heavily camouflaged prototype of the 2016 Ford Taurus has been spied undergoing testing in China.

It's been a while since we last heart anything about the next generation Ford Taurus but now Chinese automotive spy photographers have captured a camouflaged prototype testing. Like it or not, it looks like an oversized Fusion/Mondeo which shouldn't come as a big surprise given Ford's most recent designs which share the Aston Martin-ish oversized front grille.

Speaking of the Fusion, the new Taurus will likely borrow its platform but it will be stretched and widened to suit a full-size sedan that will provide significant more space inside the cabin compared to its medium-sized sibling. In addition, the different platform will also enable a much necessary weight loss as the Taurus SHO for example tips the scales at a rather hefty 2,020 kg (4,455 lbs).

Likely to be powered by an array of EcoBoost engines, the new Ford Taurus is expected to hit the market in the third quarter of next year as a 2016MY.