TVR Griffith Isn't Dead Yet, Could Get Hybrid And Electric Versions

If delays continue much longer, it will have to be hybrid or electric.

The last few years have been rough for TVR. September 2021 will mark four years since the storied sports car brand made a big comeback splash, revealing an all-new Griffith with V8 power and perfect weight distribution. Much has changed since then, but one thing still the same is the lack of a production Griffith that people can buy. In fact, we've heard nary a peep from TVR in an official capacity since 2017, not long after its debut.

Apparently, TVR is still trudging along though it faces the same stumbling blocks as before. By stumbling blocks we mean two things: funding and facilities. The company did receive a £2 million ($2.7 million) Coronavirus-related business loan, but according to Auto Express, additional funding is well short of TVR's £25 million ($34.6 million) target. Without funds, TVR can't complete the Griffith's development for production, never mind perform the necessary factory upgrades to crank out the cars.

It's curious, then, that Auto Express also reports the Griffith is designed to accommodate both hybrid and fully electric powertrains. That word allegedly comes from TVR, though no context is provided as to exactly what that means. Was the Griffith always designed with electricity in mind? Is this part of the aforementioned development needed to make the car production ready? We jumped all the way back to our Griffith debut article from September 2017 to look for any mention of hybrid or electric power, and found none. However, we did find a Griffith production timeframe slated to begin in late 2018. Yeah, that's awkward.

Hang In There, TVR: 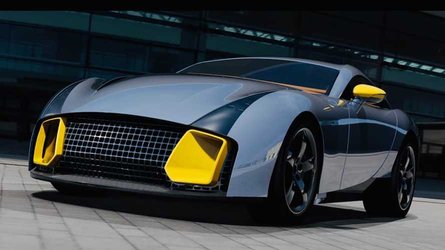 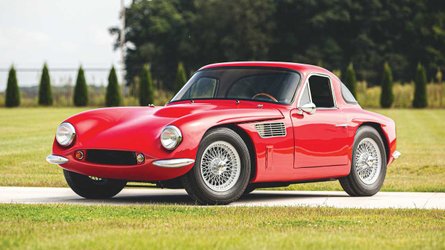 In January 2021, we reported that TVR had £40 million worth of Griffith orders sitting on its books. We have no idea on the current status of those orders, but with four years under the bridge since the car was unveiled, it's safe to assume the financials are completely different these days. The Griffith Launch Edition was said to cost £90,000 in 2017, which currently translates to approximately $124,700. But to give you some sense of the financial uncertainty, four years ago that was only $118,270 in US currency. And we haven't even touched on the question of four-year-old technology in a very fast-paced automotive market.

We aren't sure what the future holds for TVR, but at least some work at the factory in South Wales is reportedly starting later this month. Will we see the Griffith on the street in 2022?