This Ram ProMaster is better equipped than some larger motorhomes.

We've seen plenty of homebuilt camper projects, but this particular Ram ProMaster 3500 grabs our attention for two reasons. It has everything anyone could want in a legit house and then some, right down to bedside controls for the entire electrical system. It's also a work-in-progress while being a full-time home, and that's tremendously smart for reasons we'll talk about later.

First of all, meet Sheridan. According to his video with Tiny Home Tours, he's a former electrician who transitioned to outdoor life as a travel writer and photographer. He bought this ProMaster to create his own home on wheels, and he put his electrical knowledge to very good use. 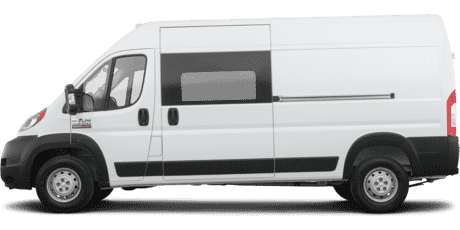 save over $3,400 on average off MSRP* on a new Ram ProMaster Cargo Van

Inside this van you'll find no less than 11 power outlets and 28 dimmable LED lights running on four circuits. His water tanks have sensors to monitor levels, and the gray tanks have powered drains that can open and empty with the flip of a switch. It's four-season ready with a heater and rooftop air conditioner, and a single large solar panel on the roof provides 370 watts for his four 100 amp-hour lithium batteries. The van's alternator also charges the batteries, and an emergency cut-off switch kills power draw from the batteries if the charge falls too low. Thus far, power usage hasn't even come close to that.

His custom van is also impressive outside the electrical realm. The term use of space applies here, as he fits a massive refrigerator/freezer with an oven and three-burner stove in the van's midsection. A fixed bulkhead separates the driver station from the living area, and that's where he mounts the sink with a separate tank for drinking water. A small drop-down table is his dining and work station, and across from the kitchen is a full bathroom with a shower and composting toilet fitted with an electric fan to mitigate odor.

Behind all that is a queen-size bed. Controls for the heat and air conditioning are mounted on the wall next to the bed, and a touchscreen control for the entire electrical system is mounted at the other end of the bedroom. Beneath the bed is the garage area which holds the batteries, the power inverter, and the primary 30-gallon freshwater tank. The garage also is home to water controls for a second shower, and if an external water source is available, Sheridan can hook up to it while bypassing his tank entirely.

In the video, Sheridan states he's been living full-time in the van for about a month despite it not being entirely finished. That's absolutely on purpose, because he wants to see exactly what his needs are before progressing further. Additional storage is mainly what's left, but testing the van in real-life circumstances before finishing the build is the ultimate form of customization. We wonder how many other projects are rushed to completion, only to require additional work later on to undo a poor decision?

All we can say is, well done, Sheridan.