BMW i9 render is wild and futuristic 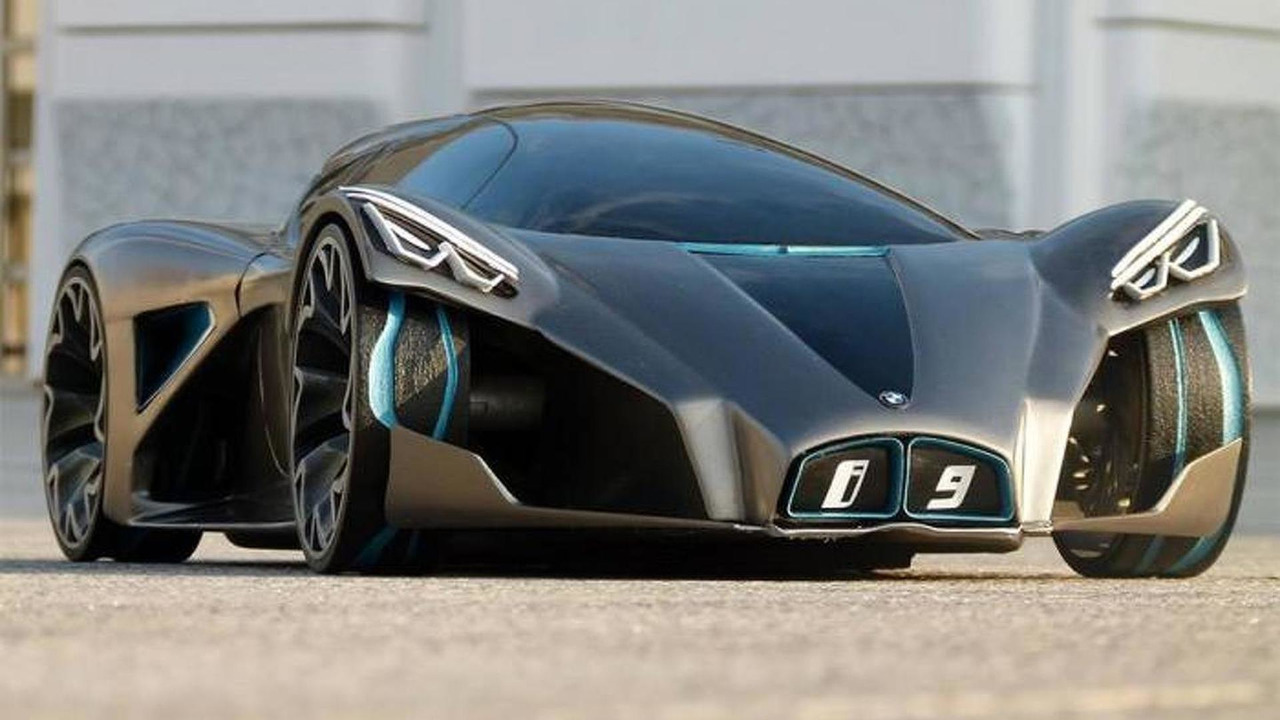 A BMW fan decided to render his vision of the rumored i9 expected to come in 2016 to celebrate the brand’s centenary.

A BMW fan decided to render his vision of the rumored i9 expected to come in 2016 to celebrate the brand's centenary.

Looking as if it was taken straight from a Sci-Fi movie, the BMW i9 depicted in these images has been digitally imagined as a range-topping supercar from Bavaria probably for the 22nd century. With the i8, BMW created a design which some characterize as being from the future while the i9 is kicking it up a notch with a wild silhouette unlike to happen in the next several decades.

A real i9 should arrive in 2016 when BMW will celebrate its 100th anniversary and according to latest rumors it will be based on the i8 but with a new modular 6-cylinder 3.0-liter engine working together with a larger electric motor which together should provide a combined output way higher than i8's 362 HP & 570 Nm. Thanks to the added oomph, the i9 should shave off at least 0.4s from the i8’s sprint time so expect the 0-62 mph (0-100 km/h) run to take less than 4 seconds.

Gallery: BMW i9 render is wild and futuristic