The nifty feature has been retained.

It was nearly two months ago when Toyota originally teased the new Tundra and yet the pickup still has the "coming soon" status, even after a massive leak. To ease the wait, yet another preview has been released, this time focusing on the dual-pane panoramic sunroof. A video released on social media initially puts the spotlight on the same feature before then the camera moves to confirm one of the truck's party pieces has been retained.

We're talking about the power sliding rear window, which has been around since the first generation on the double cab body style while the access cab had a manual setup. Few vehicles nowadays still offer a moveable rear glass and it's nice to see Toyota is sticking to tradition by offering the dropdown window on the upcoming third-generation truck.

The most recent teaser allows us to take a peek inside the cabin with red upholstery color-coordinated with the seatbelts. A previous teaser showed the red accents extending to the steering wheel's 12 o'clock position, along with a new freestanding infotainment replacing the outgoing model's in-dash display.

Under the hood, Toyota has announced it will install a new iForce Max engine, which is widely believed to be a six-cylinder powertrain to replace the existing 5.7-liter V8. It could very well be the twin-turbo 3.5-liter unit installed in the latest Land Cruiser where it pumps out 409 horsepower and 479 pound-feet (650 Newton-meters). In the reputable off-roader, the new V6 works exclusively with a ten-speed automatic transmission. 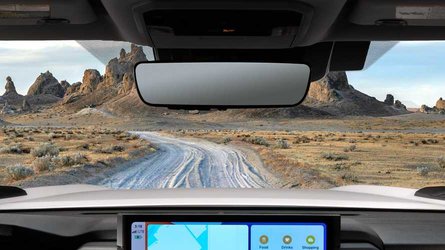 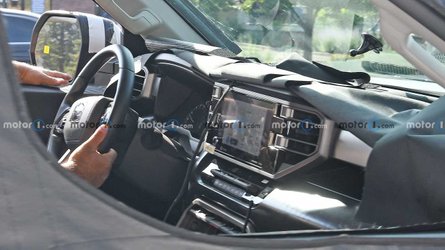 The official page on Toyota's website dedicated to the 2022 Tundra shows four additional teaser images are planned. Separately, the video's description on social media reveals the all-new pickup will be going on sale in the United States this fall.