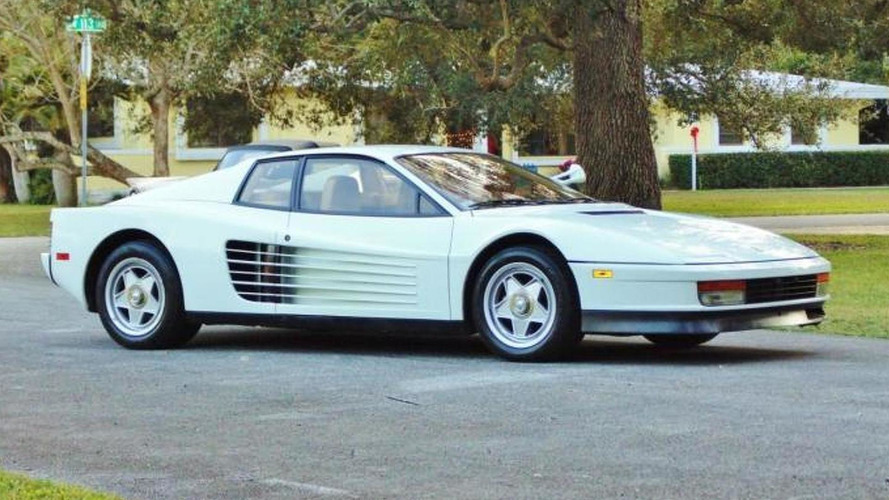 The Ferrari Daytona which initially featured in Miami Vice was actually a replica built on the underpinnings of a Chevrolet C3 and in the second season Ferrari decided to sue McBurnie, the company in charge of building the replicas. In addition, the prancing horse donated two brand new Testarossas to be featured in the series but they had one condition, to destroy the Daytona replica which actually happened in the first episode of season three.

One of the two original Testarossas is now on sale and wears a "Miami Vice white" paint whereas the original cars had a black finish. The show's director Michael Mann decided to paint the cars in white to make them more visible during the night scenes. You'll also notice that it has only the driver's side mirror and was driven for just 16,000 miles (25,750 km).

With a "buy it now" price of $1,750,000, the car comes bundled with all the necessary documentation proving it was actually featured in Miami Vice.