Pour one out for the special-order-only V90.

Easily one of the most beautiful modern wagons, the Volvo V90 is no more in the United States. Well, kind of. The Geely-owned Swedish brand has decided to discontinue the regular version of its midsize wagon, but it will continue to sell the rugged Cross Country with its SUV-like design traits. The demise of the non-CC model will take place with the upcoming 2022 model year, according to Motor Trend.

Truth be told, few people will miss the normal V90 since sales haven't exactly been through the roof. Volvo projected that right from the beginning by deciding to sell the regular wagon only through a special-order process. In other words, since its launch four years ago, dealers haven't had any of these in their inventories and customers had to place an order and patiently wait to take delivery. It's a different story with the Cross Country as the body-cladding-equipped derivative is stocked on dealer lots.

When the current-gen V90 debuted in early 2017, Volvo Car USA vice president of communication Dean Shaw, told us the Cross Country typically outsells the normal model by a ratio of "four, five, six to one." The standard V90's demise has an impact on the wagon's starting price as the beefier one starts at $54,900 or $3,100 more than the regular estate.

It's worth mentioning the smaller V60 wagon will soldier on in the United States, so if you're looking for a long-roof Volvo easier on the wallet, the V60 kicks off at $40,950. Another vulnerable model in the US to stick around is the S90 sedan, so there are still alternatives to the crossover and SUV invasion.

The Stunning Non-CC Wagon Is No More: 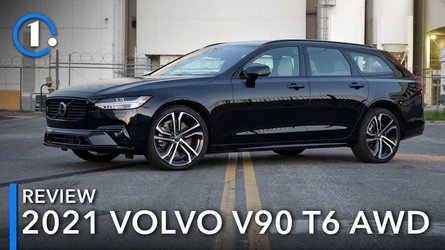 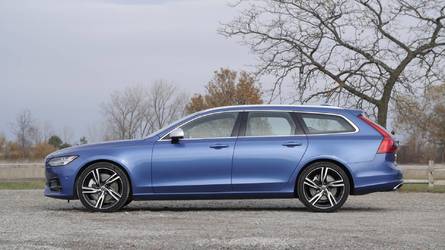 The future doesn’t look too bright for sedans and wagons as Volvo's head honcho Håkan Samuelsson admitted some of them are facing the proverbial axe. These products will continue to be a part of the company’s portfolio, but "probably not as many."