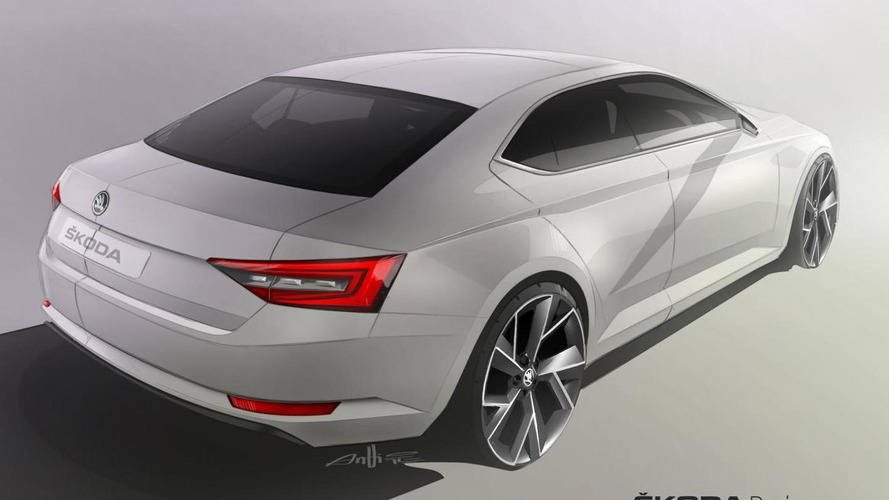 Skoda has released a new design sketch of the third generation Skoda Superb.

The manufacturer has also confirmed the vehicle will debut in Prague in the middle of February 2015, while its introduction at the Geneva Motor Show will follow in March. The market launch is planned for mid-2015.

Skoda hopes the third generation (fourth if we count the original model built between 1934 and 1949) will get new customer groups interested in the brand and model. It will be positioned in the upper end of the automotive mid-class and will borrow its engine lineup from the Volkswagen Passat B8. It will be 20mm longer and 50mm wider, but is expected to lose around 75 kg (165 lbs).