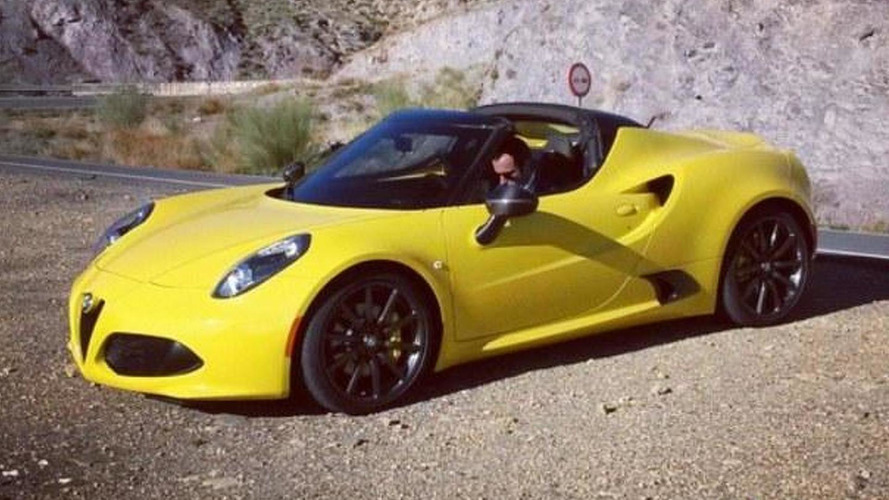 The final production version of the Alfa Romeo 4C Spider has been photographed without camouflage in Spain.

Back in March this year the Italian brand showed the 4C Spider concept during the Geneva Motor Show and now the companny is preparing for the market launch of the model, scheduled for 2015. These spy photos were taken near the city of Ubeda in Spain during a commercial shoot.

Compared to the prototype, the production model features a different tailpipe configuration, modified headlights and a small air intake at the left side that will be providing a better cooling for the transmission.

Additional spy photos can be found at the source link below.