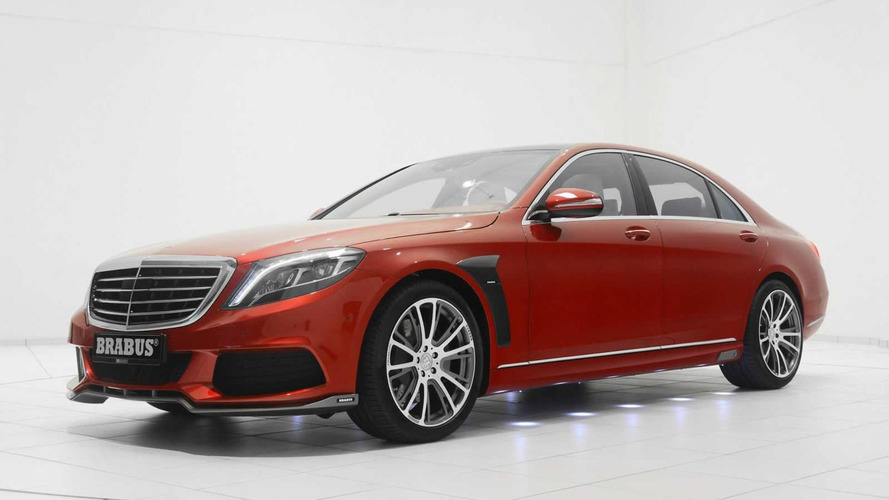 Brabus has returned with yet another heavily modified Mercedes-Benz S-Class, this time painted in festive red.

Brabus has returned with yet another heavily modified Mercedes-Benz S-Class, this time painted in festive red.

Earlier this week we saw Brabus reveal a flashy gold S63 AMG looking like it came straight from Mansory's headquarters but now the German tuner has a more appealing package for Daimler's flagship model. It wears a candy red exterior paint scheme on that custom body kit which includes several parts made from carbon fiber such as the front spoiler lip, side skirts, boot lid spoiler and a rear diffuser housing the four exhaust pipes.

The same color can be seen on the luxurious interior cabin where it has been mixed with a cream hue noticeable on the seats and door panels which come with red contrast stitching. Other goodies include custom side sills with illuminated Brabus logo also noticeable on the custom red floor mats and headrests.