Here's to hoping that the front part's accurate.

The next-generation BMW 5 Series has been spotted testing for the first time a few days ago, and now it gets an unofficial rendering based on those spy shots. Our friends from Kolesa wasted no time in interpreting what they think the next 5er would look like through unofficial renderings of the German sedan's front and rear.

Based on that prototype sighting, which came with heavy cladding and concealment, you'd be relieved to know that the G60-generation 5 Series will likely do away without the massive lungs found on the 3 Series and 4 Series. Although the kidney grille's visibly wider than before, they still have the usual shape and don't extend down to the lower bumper.

The prototypes that surfaced didn't have production lights yet, so the ones you see here are purely speculative – though the 5er adopting the 7er styling isn't going to surprise anyone. At the rear, you could see a subtle integration of a spoiler on the trunk lid, which you can also see on the unofficial renderings above.

We're expecting the real thing to be a bit different from these renderings, but we sure do hope that Kolesa is right about the grille – though BMW isn't exactly bothered with the backlash they got with the 3er and 4er.

Meanwhile, The M5 Is Still A Force To Be Reckoned With: 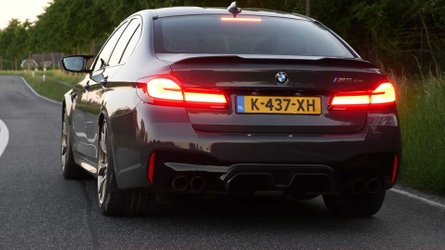 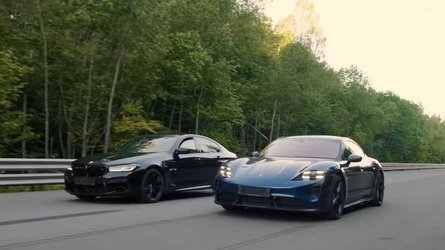 Looking back at the prototypes, the next 5 Series will likely get PHEV and EV versions based on the stickers on the bumpers. This is quite expected, considering that the bigger 7 Series has a similar strategy.

The next-generation G60 5 Series debut will not happen this year, so expect it in 2022 in sedan flavor. We'll most likely see more prototype sightings, so keep us in your tabs for the latest updates.