They’re needed for the extra cameras.

Hyundai’s lineup of all-electric models will grow next year with the Ioniq 6 sedan, joining the Ioniq 5 crossover that debuted earlier this year. The new model isn’t much of a secret. Spy shots have revealed that it looks quite similar in design to the Hyundai Prophecy concept. Details continue to trickle out, with a new video from the Men’s Car MotorsJason YouTube channel highlighting some of the latest developments.

One of those new details is inside the car near where the door panels and dashboard meet. Spy shots highlighted in the video show Hyundai putting screens there to serve the side-view cameras installed in place of traditional side-view mirrors. That’s not a feature we’ll get in the US, but other markets will get the futuristic tech. The Ioniq 5 has the same setup, but it looks to be much better integrated into the interior design of the Ioniq 6.

The Ioniq 6 will ride on Hyundai’s E-GMP platform, which also underpins the Ioniq 5. Details about the 6’s powertrain remain a well-guarded secret, but the platform is capable of delivering over 311 miles (500 kilometers) of range while hitting 62 miles per hour (100 kilometers per hour) in 3.5 seconds. However, leaked specs suggest the quickest 6, the dual-motor all-wheel-drive model, will do it in 5.2 seconds. A hotter N variant is expected that will likely sacrifice range for power. 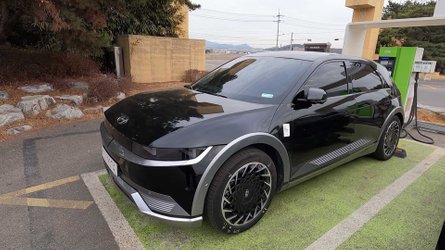 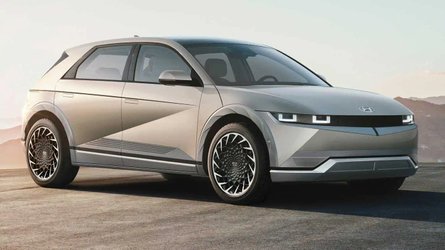 Hyundai is expected to reveal the Ioniq 6 in the second half of next year. It should share several specs with the Ioniq 5, though it’s expected to be much more expensive than the crossover when it arrives. Concrete details remain elusive, though those could start to leak closer to the car’s reveal date, which is still several months away. It could go on sale in late 2022, though it’s likelier to go on sale in early 2023.