2022 BMW M240i With Rear-Wheel Drive Planned, But Without A Manual

BMW doesn't give a shift, for now.

BMW's initial lineup for the new 2 Series Coupe includes the rear-wheel-drive 220i and 220d followed by the spicy M240i xDrive. The 230i will follow next summer, with all three having one thing in common – the lack of a manual transmission. Our pals at BMWBLOG have learned the Bavarians are planning to diversify the range by introducing a RWD version of the M240i, but even that one will do away with the stick shift.

The tail-happy M240i is scheduled to arrive either towards the end of the year or early 2022 exclusively with the eight-speed Steptronic transmission. As it's the case with the xDrive version, the RWD version is likely getting the Steptronic Sport version of the gearbox with paddles on the steering wheel and launch control.

It looks as though BMW wants people to step up to the full-fat M2 to get a manual as plenty of rumors have suggested the range topper will have a three-pedal setup. In addition, the flagship 2 Series is believed to come exclusively in RWD form, unlike big-brother M4 now available with xDrive for the first time.

Meanwhile, we should point out the M Performance model is more powerful in the United States than in Europe, likely because the version sold on the Old Continent has to comply with stricter emissions regulations. The US-spec M240i xDrive offers 382 horsepower (285 kilowatts) and 369 pound-feet (500 Newton-meters) whereas its Euro cousin has to make do with 369 hp (275 kW) and the same amount of torque. 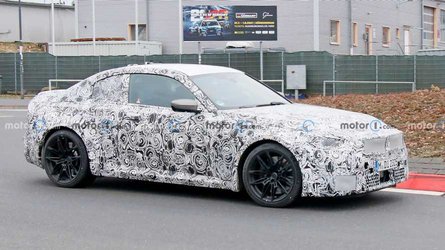 2023 BMW M2 Reportedly Has 450 Horsepower And A Manual Gearbox 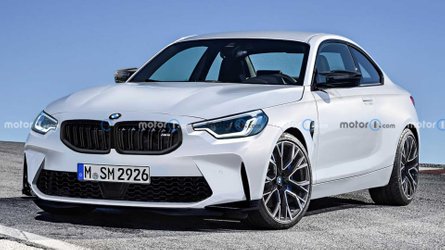 New BMW M2 Expected To Come Only With Rear-Wheel Drive

Interestingly, power delivery also varies between the two. The North American variant of the M240i offers the full amount of hp from 5,800 rpm while the Euro unlocks all the horses a bit earlier, at 5,500 rpm. It's the other way around when it comes to torque since the US-spec model delivers the entire amount of torque from 1,800 rpm compared to the Euro-spec coupe from 1,900 rpm.