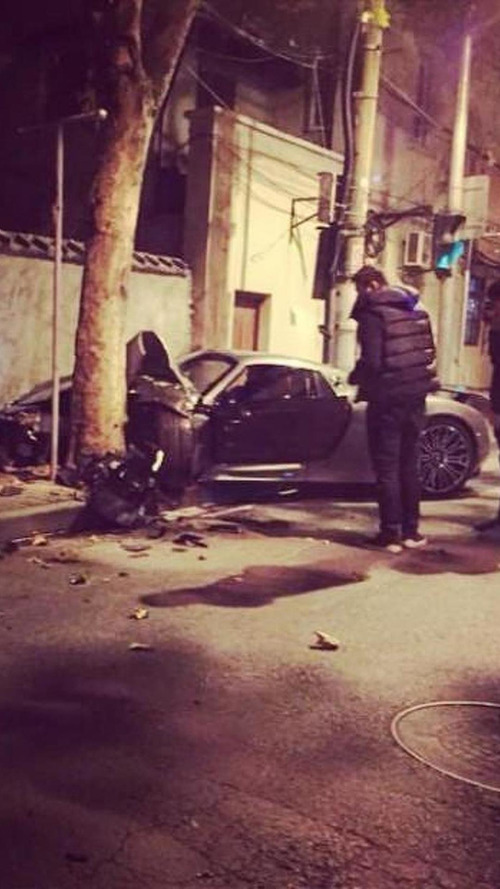 A Porsche 918 Spyder sustained significant damages after being involved in a serious crash this week in China.

A Porsche 918 Spyder sustained significant damages after being involved in a serious crash this week in China.

The accident took place on a narrow road in Shanghai and according to local media the Porsche 918 Spyder was being driven above the speed limit by a woman, a friend of the owner who was on the passenger seat. Reports are indicating she mixed up the brake pedal with the acceleration pedal which led to the supercar hitting a tree on the right side of the road.

Both the driver and passenger escaped the crash without any injuries and luckily there wasn't anyone on the sidewalk at the moment of the crash which occurred in the early hours of the morning.

We remind you Porsche is making only 918 units of their flagship model but one of them has already been taken off the streets after catching fire in Canada towards the end of September. As for this car, it appears to be in a rough shape but chances are it is still repairable but you can image the job won't come cheap.