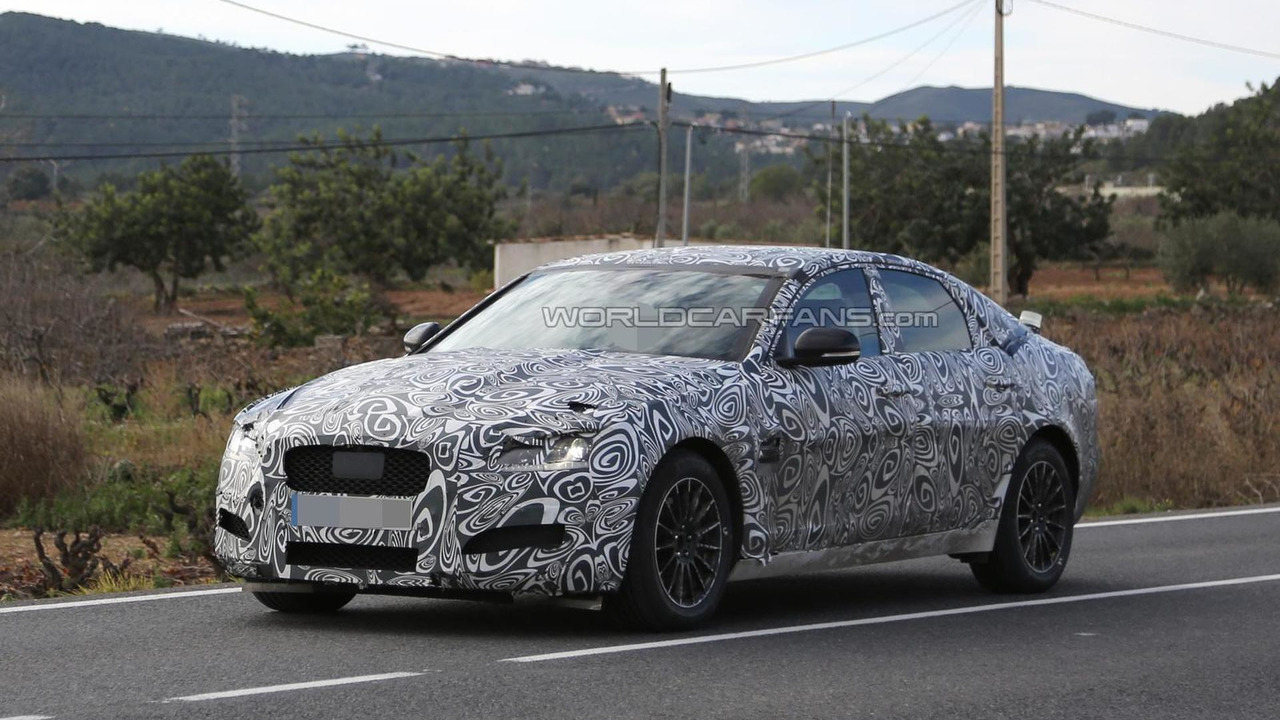 Our agile spy photographers have snapped on camera a fully camouflaged prototype of the second-gen Jaguar XF.

Our agile spy photographers have snapped on camera a fully camouflaged prototype of the second-gen Jaguar XF.

Scheduled to come out early April at New York Auto Show, the overhauled Jaguar XF will grow in size to distance itself from the XE compact sedan and could also spawn a long wheelbase derivative aimed primarily for the Chinese market. It will borrow the XE's aluminum-intensive architecture which will enable an approximate 100 kg (220 lbs) weight loss despite being larger than the outgoing model.

Under the hood Jaguar will install their new Ingenium gasoline & diesel engines which are about 80 kg (176 lbs) lighter on average compared to the old Ford units. Later during the XF's lifespan, more potent XFR and XFR-S versions will come out and these will eventually be topped by a high-powered 600 bhp V8 model developed by Special Vehicle Operations (SVO).

Jaguar will kick off deliveries of the new XF early fall 2015 while the more practical XF Sportbrake will arrive towards the end of 2016.