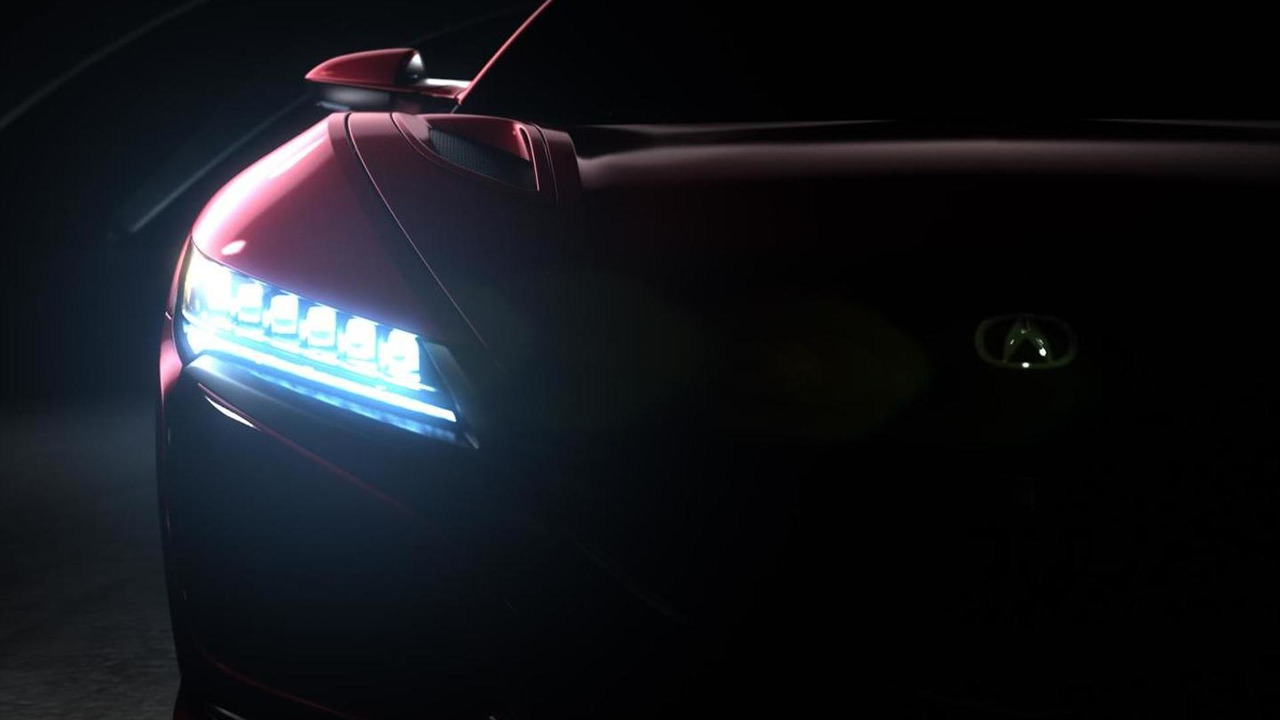 Acura has announced the long-awaited 2016 NSX will finally debut in production guise next month at NAIAS in Detroit.

Acura has announced the long-awaited 2016 NSX will finally debut in production guise next month at NAIAS in Detroit.

They also provided several teaser images with the vehicle which as you can see will stay true to the concept. Acura promises the second generation NSX is going to provide a "new sports experience" and will be the "ultimate expression of Acura performance that is fueling a reenergized brand." Without going too much into technical details, the company says it will have a three-motor, twin-turbocharged Sport Hybrid power unit mounted inside a "human-centered supercar."

The second-gen NSX was originally announced back in the summer of 2005 and was previewed at the 2012 NAIAS by a concept and then updated a year later for the same show. Now, Acura says the production-ready version will premiere on January 12 at NAIAS in Detroit before entering production at the new Performance Manufacturing Center in Marysville, Ohio.

The 2016 NSX was designed by the Acura Design Studio in Torrance, California and developed by a global team of engineers led by the firm’s North American R&D operations in Raymond, Ohio. Motivation is expected to come from a mid-mounted V6 twin-turbo engine working together with three electric motors, with one of them incorporated into the dual-clutch gearbox. The combustion engine will power the rear axle while the electric motors are going to drive the front wheels.

Already sold out in United Kingdom, the 2016 NSX will be priced competitively with the Audi R8 but offer the performances of a Ferrari 458 Italia.