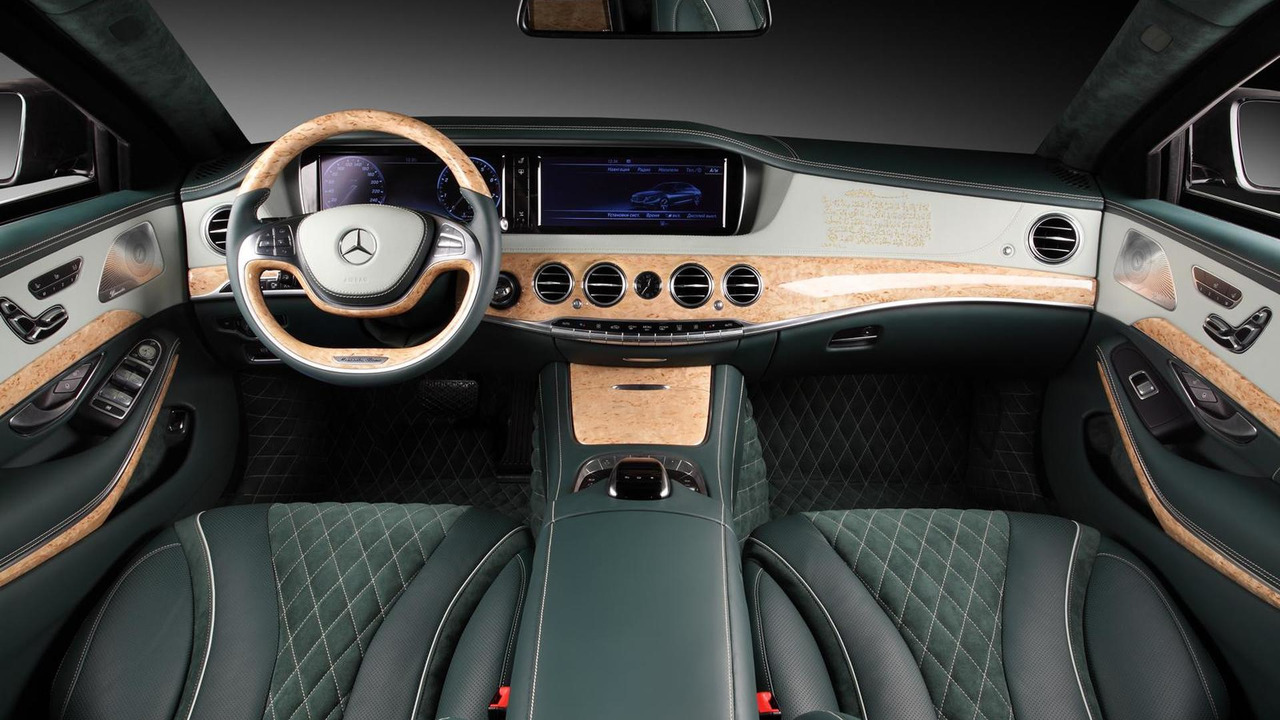 The Russian specialists from TopCar have recently finished working on a 2014 Mercedes-Benz S600 Guard interior cabin.

The Russian specialists from TopCar have recently finished working on a 2014 Mercedes-Benz S600 Guard interior cabin.

An armored S-Class belonging to someone from the Middle East went through an in-depth cabin customization handled by TopCar who applied a green theme combined with a rich emerald hue and a special type of leather ordered specifically for this car from Europe. The owner wanted a bold design without turning "into vulgar shocking" and agreed to customize his S600 Guard with decorative panels made from Karelian birch. The Nappa leather emerald green upholstery is complemented by Alcantara touches while the lettering on the dashboard and roof lining has a gold thread.

We remind you the Mercedes-Benz S-Class Guard offers up to VR7 levels of protection against military weapons and can withstand shrapnel coming from hand grenades and other similar explosives. Under the hood it's the same V12 6.0-liter with 530 HP (390 kW) and 612 lb-ft (830 Nm) of torque.