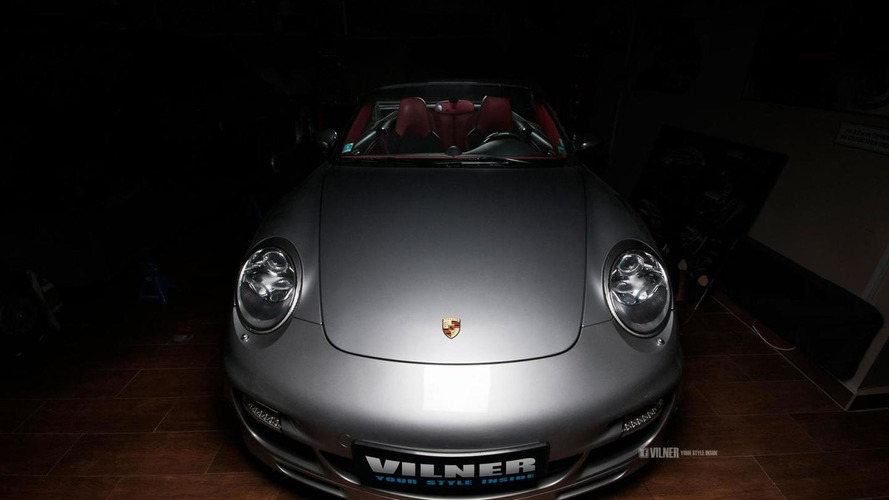 The Porsche 911 (997) Turbo Convertible has received a cabin makeover and an engine upgrade by Bulgarian tuning specialists from Vilner.

The Sofia-based company has made no corrections to the car’s design, but has reworked the interior. It still features a red-black color scheme but the seats are covered with Nappa and Alcantara leathers. The headrests have the German manufacturer’s logo, while the ergonomically shaped steering wheel has been covered with carbon fiber. Other carbon fiber details include the gear shift knob and the interior door handles.

The engine of the convertible sports car has been upgraded with a RaceChips software, which boosts the power with 17%. The maximum output has risen to 561 HP (413 kW) that is more than the 530 HP (390 kW) of the Turbo S version.