The 2022 MY Sierra will be short-lived but full of upgrades.

Last week, we learned that the GMC Sierra will be getting a shortened 2022 model year. The information was brought to our attention by a dealer bulletin, obtained by GM-Trucks.com, which claimed the truck would receive the 2022 GMC Sierra Limited name to reflect its shortened life cycle. It turns out there are at least a few other surprises in the cards for the revised luxury pickup.

The same source now reports on another part of the same message sent to the GMC dealers, which includes the information that the truck will be launched for the mid-model-year 2022. There’s no written rule, though mid-2022 MY most likely means the third quarter of the calendar 2021. It’s hard to specify the exact launch date from this report but it should probably come before the end of 2021. 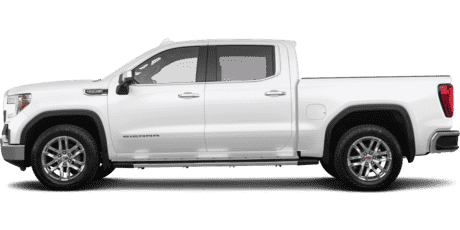 Another very interesting piece of information concerns the Sierra’s upgraded semi-autonomous driving tech. According to GM-Trucks.com, the revised luxury truck will go on sale with an upgraded version of GM’s Super Cruise self-driving function with the added ability to tow a trailer. This is what the letter sent to the GMC dealers says:

“Later in the 2022 model year, there will be a new refreshed Sierra that will have significant updates in terms of design, capability and technology – including the introduction of the next generation of the Super Cruise1 driver assistance feature with the ability to trailer while driving hands-free on compatible roads.

Our Take On The Sierra:

These early leaks sound very promising and we are eager to learn more about the upgrades planned for the 2022 Sierra. The best part is that we won’t have to wait too long to see the final product, as we’ve already seen pre-production prototypes testing on public roads.