The Mustang is more powerful, but the Supra is lighter.

The Ford Mustang and Toyota Supra might not be direct competitors, but they do offer similar driving experiences. Both are front-engine, rear-wheel-drive coupes with enough power to burn rubber. However, there are distinct differences that make betting on which would win in a drag race near impossible. The Mustang has more power, but the Supra is lighter, and new video from the Motor YouTube channel settles the debate once and for all.

The Mustang arrives in Mach 1 spec, the highest trim available in Australia. It packs a naturally aspirated 5.0-liter V8 that produces 463 horsepower (345 kilowatts) and 410 pound-feet (556 Newton-meters) of torque. That’s a lot more than the Supra’s 382 hp (285 kW) and 368 lb-ft (500 Nm); however, there’s an 604-pound (274-kilogram) weight difference that gives the Toyota a substantial advantage. The Supra doesn’t have a rear seat, unlike the Mustang. 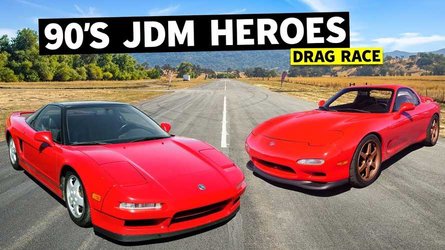 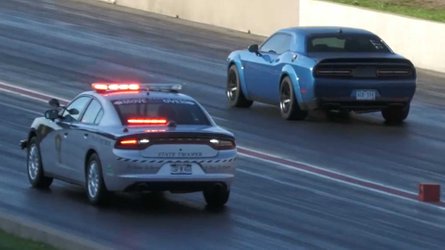 The Supra’s superior performance played out in the numbers. The Toyota’s best quarter-mile time was 12.55 seconds at 116 miles per hour (187 kilometers per hour). It hit 62 mph (100 kph) in 4.49 seconds. The mustang was slower in every metric, needing 12.89 seconds to complete the quote-Emile at 114 mph (185 kph). It needed 4.86 seconds to hit 62 mph. The race shows that there’s more to a performance car than the horsepower it can produce.