What if it's for the off-road-focused Maverick?

Ford has filed for a trademark in the United States to protect the use of the word 'Rattler' on vehicles. Specifically, this would be applicable for "motor vehicles, namely, automobiles, pick-up trucks, electric vehicles, sport utility vehicles, off-road vehicles, and their structural parts," according to the paperwork.

Ford submitted the application on June 28, and the United States Patent and Trademark Office began processing it on July 1. Given that the filing is still so recent, there are likely several months before the USPTO grants Ford the trademark. Even then, there's no guarantee of the company using Rattler on a vehicle.

The Rattler name seems ideal for a desert-focused, off-road vehicle, particularly one that would be especially nimble through rugged terrain. The pronunciation also has a close similarity with Raptor, which could create an immediate connection between the two in the brand's lineup.

Motor1.com reached out to Ford in case the company was willing to say more about the Rattler trademark filing. It wasn't. "Trademark applications are intended to protect new phrases, designs or symbols but aren’t necessarily an indication of new business or product plans," spokesperson Dawn McKenzie told us.

Scientifically, raptors are birds of prey that include eagles, hawks, falcons, owls, and other vertebrate-eating species. Some of them even feed on snakes, including rattlesnakes. This could create a hierarchy within the Ford lineup with the Raptor at the top and the Rattler occupying a lower rung. 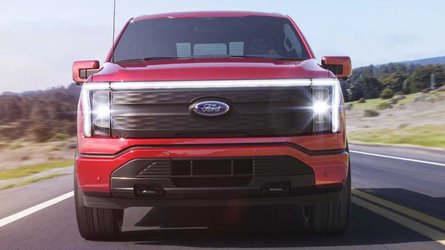 Ford Files Trademark Application For OTX, But Why?

We wonder if Ford was thinking about having a different animal as the top performance version for its most off-road-oriented products. The F-150 would have the Raptor. Bronco would have the Warthog, and maybe either Maverick would get the Rattler name, assuming the company obtains the trademark.

Although, this strategy might not happen based on the latest info about the more rugged Bronco. Ford is allegedly dropping plans to call the meaner model Warthog. Instead, the company intends to stick with the Raptor name for it to create an immediate connection between the SUV and the high-performance pickup.