What are you up to, Hyundai?

July 14 will be the day when Hyundai is going to unveil or announce… something. The attached 15-second cryptic video focuses on the Nürburgring, so we at least know it’s related to the famous German circuit. We also know it involves the Kona N and Elantra N in some capacity as the two performance models make a blink-and-you'll-miss-it appearance at the 0:12 mark.

The spicy crossover has already been revealed but we haven't seen the sporty sedan yet. Hyundai has been teasing the Elantra N since September 2020, with the latest preview published last week. The South Korean automaker has promised the reveal would take place in the coming weeks, so we're probably going to see the Honda Civic Si Sedan and Volkswagen Jetta GLI rival in full on July 14.

The fact Hyundai puts the Nürburgring race track front and center in the video makes us wonder whether it's the latest automaker to hop on the record-breaking bandwagon. Perhaps it's going after the fastest front-wheel-drive crossover and sedan titles? After all, the "N" division got its name after the famous circuit (and the Namyang district in South Korea where the automaker has its global R&D center).

Records or not, the teaser video is a good reminder Hyundai is determined to be the mainstream equivalent of BMW's M, Mercedes' AMG, and the VW Group's Audi Sport. The internal combustion engine may be living on borrowed time, but it still has some good years left in it, so why not make the most out of them?

There will come a time when we'll probably see an N-badged electric car, but in the meantime, Hyundai's go-faster division is mainly focused on the ICE. The "N" portfolio has significantly grown in recent years and it now includes the i20 N, i30 N / i30 Fastback N, Kona N, Veloster N, and the upcoming Elantra N. At the top of the food chain will be a mid-engined sports car serving as a dedicated N model. 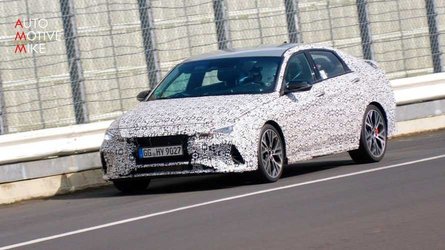 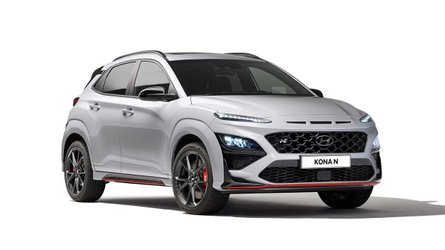