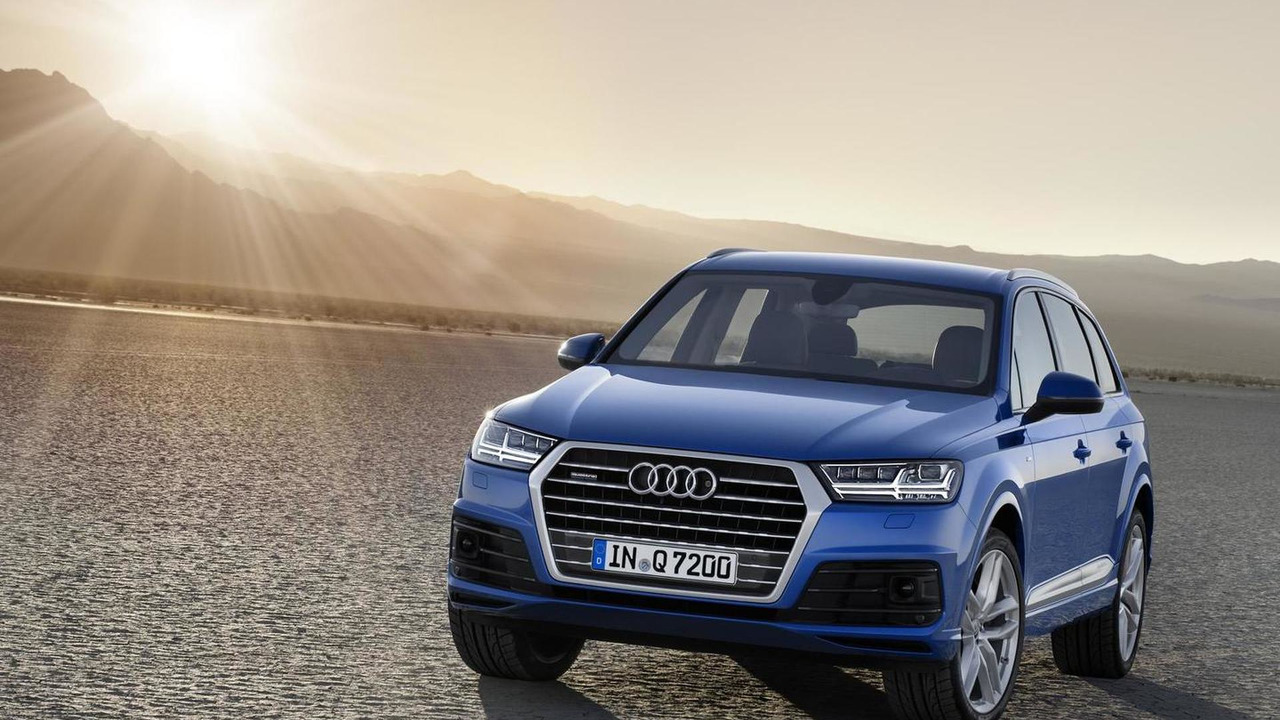 Following this morning's leak, Audi has officially taken the wraps off the second generation Q7.

Following this morning’s leak, Audi has officially taken the wraps off the second generation Q7.

Billed as being the lightest model in its class, the overhauled Audi Q7 tips the scales at 1,995 kg (4,398 lbs) with the 3.0 TDI engine. It's up to 325 kg (716.5 lbs) lighter than its predecessor and approximately 26 percent more efficient. The massive weight loss was possible thanks to a lightweight chassis making extensive use of high-strength steel and aluminum which has made it more than 100 kg (220.5 lbs) lighter than before. A 71 kg (156.5 lbs) diet was achieved by implementing a multi-material body design including fully aluminum doors (shaving 24 kg), hood, front fenders and rear hatch.

Customers will be able to choose from xenon, LED or matrix LED headlights and all will come with double arrow LED daytime running lights, with the upper-spec models benefiting from dynamic turn signals in the taillights.

It has a drag coefficient of 0.32 and compared to its predecessor it's 37mm shorter and 15mm narrower while the height has remained just about the same. Despite being slightly smaller, the all-new Audi Q7 is actually more spacious on the inside where there's an extra 21mm between the first and second rows of seats and an additional 41mm front & 23mm rear of headroom.

Since we mentioned the cabin, it boasts the Audi virtual cockpit seen on the third-gen TT and there's also the latest implementation of the MMI infotainment system with a bigger touchpad. This new hardware setup has erased some of the buttons and knobs to enable a less cluttered dashboard layout while Google Android Auto and Apple CarPlay support will be available. The flagship SUV will be offered with either a Bose sound system with 3D sound or a more expensive Bang & Olufsen Advanced Audio System with 3D sound and 23 speakers packing 1,920 watts of power.

Also available is a rear seat entertainment system with one or two optional 10.1-inch tablets powered by an Nvidia Tegra 4 processor and featuring a full HD camera, 32GB of internal storage as well as Bluetooth, NFC and LTE connectivity.

The 2015 Audi Q7 will be available on order at home in Germany in the spring from around €61,000, with deliveries kicking off in the summer.