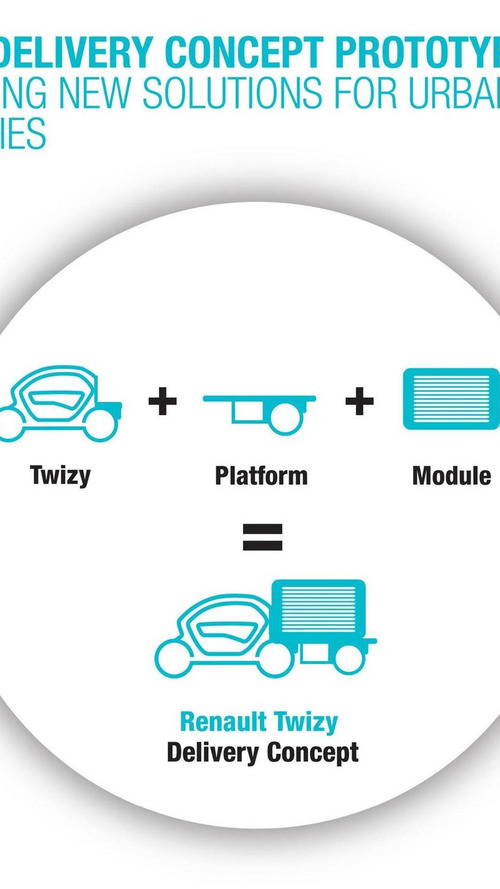 Renault has introduced a variety of new technologies and powertrain components at their Innovations@Renault event in Paris.

Renault has introduced a variety of new technologies and powertrain components at their Innovations@Renault event in Paris.

First up, the company has developed a new electric motor which was designed and built entirely in-house. It is approximately 10 percent smaller than the unit the company currently uses but it produces 88 PS (65 kW) and 220 Nm (162 lb-ft) of torque.

The French automaker also highlighted their turbocharged three-cylinder dual-fuel petrol/LPG engine. It promises to reduce fuel bills by as much as 25 percent thanks to start/stop technology, a brake energy recovery system, an eco-mode and the aforementioned dual-fuel technology.

Another highlight is the company's HYDIVU (Hybrid Diesel for LCVs) prototype which is based on a Master van. It features a twin-turbo dCi 165 ENERGY diesel engine, a 48-volt starter motor and an alternator-type electric motor that reduces the load on the engine and delivers additional torque when needed. The model also has a Downspeeding system with longer gear ratios to reduce engine revolutions when cruising.

Lastly, the chose showcased a turbocharged and supercharged two-cylinder, two-stoke diesel engine. It produces between 48-68 PS (35- 50kW) and 112-145 Nm (82-107 lb-ft) of torque. The engine is highly efficient but Renault says the performance needs to be improved before they would consider using it to power their smaller models.