The dirty (super) bird gets clean.

The 1970 Plymouth Superbird is a very rare bird with around 1,920 (depending on which source you look at) coming out in a single model year. This one has been sitting with three years and has received a deep clean ahead of going up for sale.

All Superbirds are special, but this one has some rare options that make it a bit more extraordinary. The car packs the 440 Super Commando with a four-barrel carburetor, which is the base engine in this model. The powerplant runs through a three-speed automatic, rather than the more common four-speed manual. There's a white interior with bucket seats, whereas black is more common to see.

Watch These Dirty Cars Get Clean: 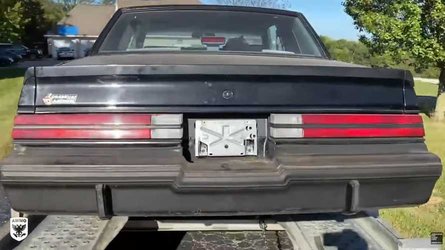 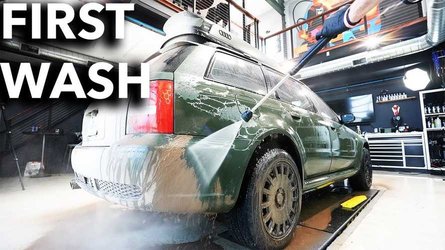 Audi RS4 Safari Gets A Proper Wash After Off-Road Experience

This Plymouth has low miles and is under storage with plastic over the body, so the paint isn't in too bad of shape. Still, there are improvements to make. The exterior has some dust and water spots on it. The cabin looks good but still requires a deep clean to bring out the shine.

The result is amazing. The paint has a deep color and fantastic shine. The cleaner even brings the white lettering on the tires back from their dingy appearance. The cabin looks pristine, too.

The host from Ammo NYC even gets the opportunity to drive the Superbird. The engine has an original rating of 375 horsepower (280 kilowatts). This isn't much by modern standards when a Challenger Redeye is packing 797 hp (594 kW), but this 1970 Plymouth is all about style. The massive wing and pop-up headlights are like nothing else on the road today, and the car grabs tons of attention on the road.