The crossover will get improved electric motors, too.

While all eyes are on Audi’s latest electric vehicle, the E-Tron GT sedan, it’s not the only all-electric model in its lineup. The automaker began delivering the E-Tron crossover in 2019, and that model is due for a mid-cycle refresh. However, instead of the usual design tweaks automakers make, Audi is rumored to be updating the electrified powertrain, too. The rumor comes from Autocar that has sources inside the automaker.

If true, the updates are quite significant, especially for a mid-cycle makeover. According to the publication, not only will the E-Tron and E-Tron Sportback receive a new battery, which will increase its range, but the two will also receive improved electric motors that are more efficient. Autocar’s sources say that the E-Tron will deliver more than 373 miles of range for both variants. The current 95-kilowatt-hour battery delivers 249 miles of range in the UK, which is more forgiving in its range testing than the US EPA.

The updated powertrain, along with the revised looks, is designed to extend the model’s lifecycle through 2025 and possibly beyond. The updated E-Tron won’t arrive until the second half of 2022. Next year is also when Audi plans to reveal the Q6 E-Tron that’s arriving for the 2023 model year. The Q6 is expected to break cover sometime in 2022, which is being developed alongside the new-gen all-electric Porsche Macan.

In the US, the E-Tron models will likely see a bump up in range, though don’t expect as much as what’s advertised in Europe. The US EPA has a stricter testing regiment, though the new range should exceed today’s 222 miles. The next 18 months will see many automakers introduce several new all-electric models. An updated design only goes so far when the underlying tech continuously improves, so there’s little surprise Audi wants to keep the E-Tron competitive. 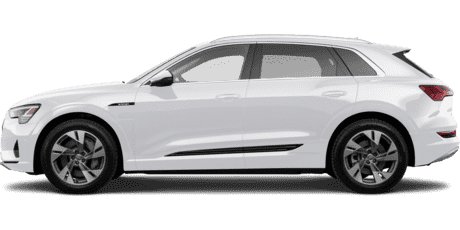