Jeep is once again teasing a future model by releasing photos of a bunch of enigmatic numbers to hint at a future model. This time the background of the photos might provide some hints at what the numbers mean.

The easiest one to interpret is the image with 100:1. The number is likely a reference to the vehicle's crawl ratio. For reference, the existing Wrangler Rubicon has an 84:1 crawl ratio with the Rock-Trac four-wheel-drive system and manual gearbox.

The image with water and 33.6 seems like a reference to the fording depth. Not much else would make sense to put the number into context.

An earlier teaser already showed 47.4, but it put the number on the rear bumper of a Jeep Wrangler. In combination with seeing it angled here, the company could be hinting at the departure angle of this new model.

Although, this might not necessarily be the case, though. An earlier teaser had an arrow pointing at the rear of a drawing of a Wrangler with the number 40.4 below it. For reference, a Wrangler Rubicon has a departure angle of 37.0 degrees, so either figure would be a big improvement. 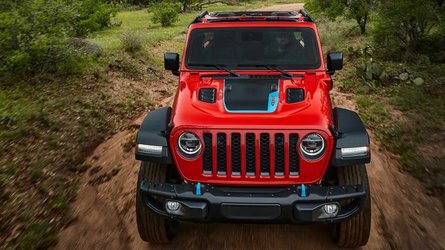 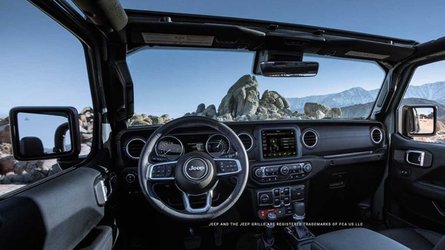 The image with 12.9 is the most enigmatic. A commenter to the Facebook posts speculates that it could be the ground clearance. The existing Wrangler Rubicon has a clearance of 10.8 inches, so this would be quite an upgrade if the speculation is accurate.

Jeep isn't yet saying when this mystery machine debuts, so there's a possibility of seeing a whole lot more unexplained numbers before the official premiere. Maybe Jeep will release some figures that will be a little less mysterious.