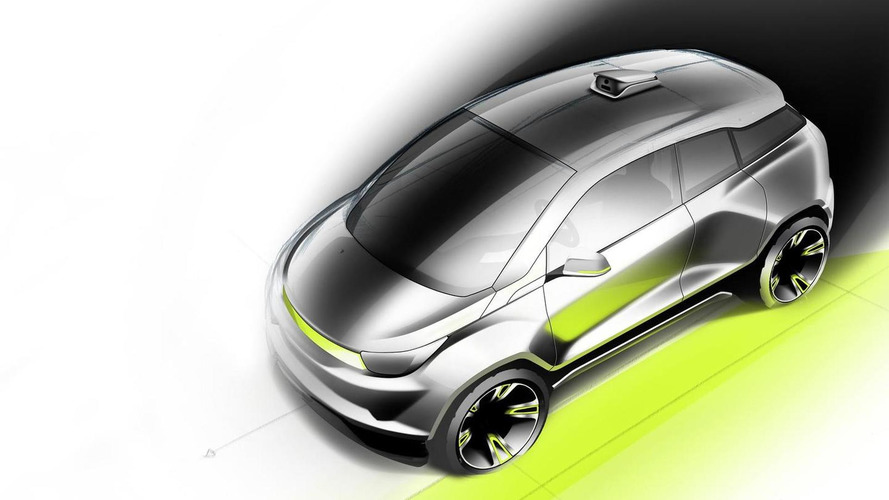 Rinspeed has released images and preliminary details for their Budii concept set to premiere at the 2015 Geneva Motor Show.

Rinspeed has released images and preliminary details for their Budii concept set to premiere at the 2015 Geneva Motor Show.

Switzerland-based Rinspeed has developed a habit of bringing interesting concepts to the annual Geneva show as this year they brought a driverless Tesla Model S while last year they exhibited the microMAX "networked swarm car". For next year's show, Rinspeed has prepared the Budii autonomous concept developed primarily for city and countryside roads.

It looks like a sportier BMW i3 and is powered by an electric motor of unspecified output. Details are scare at the moment but Rinspeed does mention the owner will still be able to take control of the car using the steering wheel supported by a sensitive robot arm which also allows the passenger to steer the vehicle. The attached interior cabin image shows the arm in the center position used when the vehicle is being driven autonomously.

Further details will be available on March 5 when the Rinspeed Budii concept will be introduced at the 2015 Geneva Motor Show.