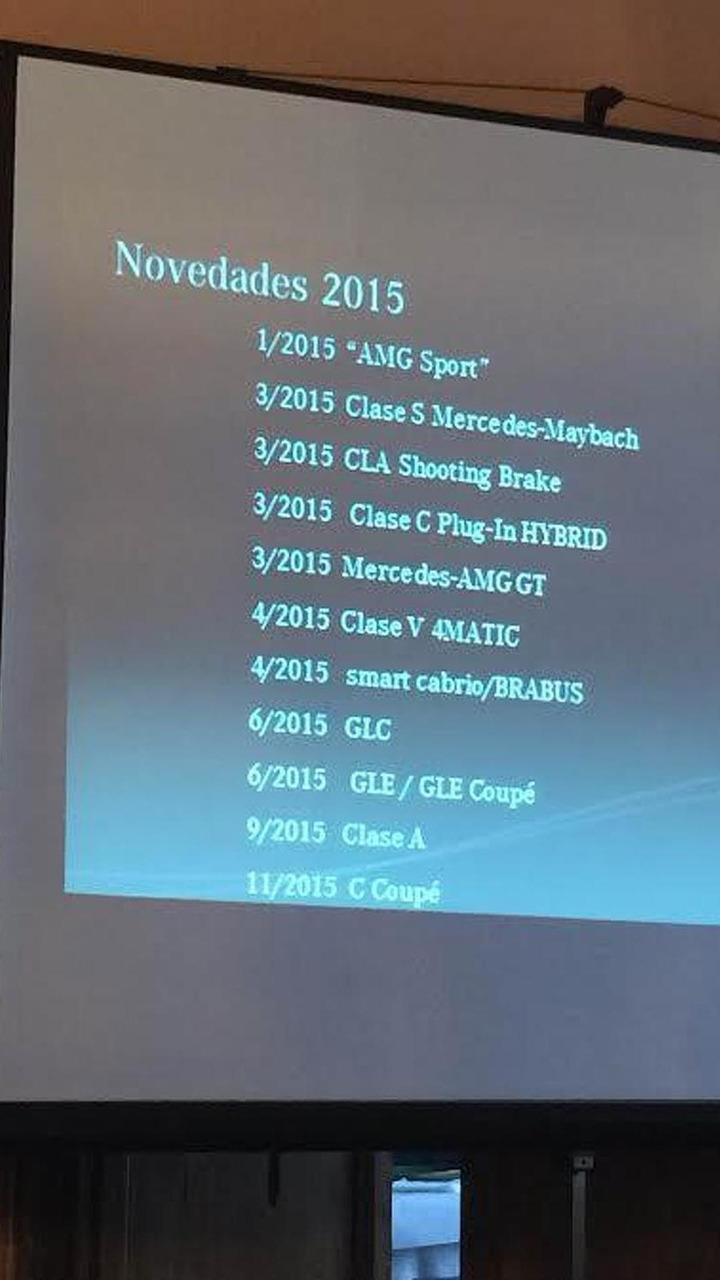 Mercedes-Benz has disclosed its model rollout plans for next year which will kick off with the AMG Sport lineup.

Mercedes-Benz has disclosed its model rollout plans for next year which will kick off with the AMG Sport lineup.

From the same press media organized yesterday in Barcelona by Mercedes-Benz Spain, our friends at Coches.net managed to take a snapshot of the firm’s 2015 model rollout plan. Next year will kick off with AMG Sport lineup debut in January with the C450 and GLE450 Coupe, followed in March by the market launch of the Mercedes-Maybach S-Class, CLA Shooting Brake, C-Class Plug-in Hybrid and AMG GT.

The 4MATIC-equipped V-Class will go on sale in April when Mercedes-Benz will roll out the Smart ForTwo Cabriolet and higher-powered versions prepared by Brabus. June will be an interesting month as this is when Mercedes-Benz will introduce the GLC (formerly known as GLK) and the GLE & GLE Coupe (the outgoing ML). The facelifted A-Class will be out in September while the C-Class Coupe is programmed for a November launch.