Spoiler alert: they're not impressive.

Being the biggest and flagship, the Jeep Grand Wagoneer isn't exactly an affordable buy. At $98,995 for the Grand Wagoneer Obsidian, the absolute best jeep has to offer for this nameplate, those who reserved one should better be ready with a lot of money to pay for their luxurious SUV – more so if they filled it with options, with the sticker price reaching up to $111,930.

But these buyers should add fuel money into consideration as the 2022 Grand Wagoneer isn't a thrifty machine. According to official EPA-estimated numbers, the RWD version has an EPA-rated 13/19/15 mpg (city/highway/combined) while the 4WD Grand Wagoneer gets similar numbers at 13/18/15 mpg.

With a powerful 6.4-liter V8 that creates 471 horsepower (351 kilowatts) and 455 pound-feet (617 Newton-meters) of torque, these numbers aren't surprising at all. While these power output numbers are a taunt against its direct rivals, the Cadillac Escalade and Lincoln Navigator, these two actually consume less based on EPA-estimated numbers.

When's It Coming To Showrooms? 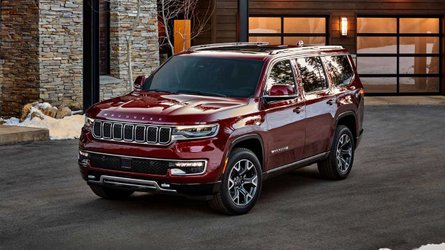 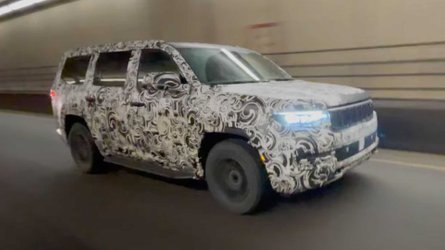 With that said, the Escalade and Navigator are evidently more fuel-efficient than the Grand Wagoneer based on the numbers, albeit slightly.

But then again, buying an expensive V8-powered SUV and being worried about fuel efficiency is kind of ironic, isn't it? We reckon future owners of the Grand Wagoneer are living grandly to care about fuel money, so the point's kind of moot.