The Queen of the Nordschleife covered more than 33,000 laps of the legendary race track.

Sabine Schmitz passed away in March at the age of 51 following a long battle with cancer. Within a few hours, a petition was created on Change.org to name a corner of the Nürburgring after her. More than 10,000 people signed it in just 24 hours and that number has since grown to more than 50,000 signatures at the moment of writing.

The petition immediately got the attention of Nürburgring officials, and after a few months of debating which would be the most appropriate corner to be named after her, a decision has now been taken. The first corner of the Nordschleife on the outskirts of Nürburg has officially been named after her.

It's the first corner on the Nordschleife after turning off the Grand Prix track layout and will be known going forward as the "Sabine-Schmitz-Kurve." The official inauguration is scheduled to take place on September 11 as part of the six-hour ROWE 6 Stunden ADAC Ruhr-Pokal-Rennen race of the Nürburgring Endurance Series.

The Queen Of The Nurburgring: 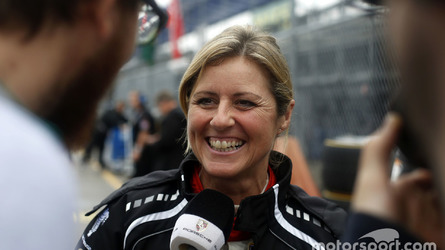 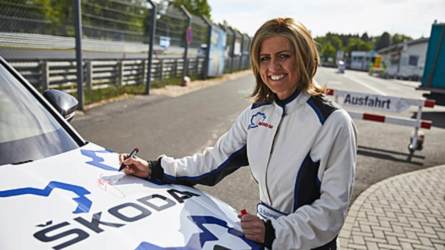 It's a fitting tribute for Sabine Schmitz considering she was the first woman to win the 24-hour endurance race, and the only one so far. According to the Nürburgring website, she lapped the Green Hell more than 33,000 times, with some of the laps completed behind the wheel of a BMW ‘Ring taxi while others were done in a Ford Transit van for an old episode of Top Gear.

Few probably remember, but Sabine Schmitz helped Skoda grab the record for the fastest production seven-seat SUV at the famous circuit. It happened nearly three years ago in the build-up to the world premiere of the Kodiaq RS, which lapped the German track in 9 minutes and 29.84 seconds. That record still stands and was done with a completely stock version of the diesel-powered SUV.

Sabine Schmitz actually grew up right next to the Nordschleife and was unquestionably one of the most important ambassadors the race track ever had. With the newly announced Sabine-Schmitz-Kurve, her legend will now live on forever.