Marvel and Hyundai join forces to help sell the 2022 Tucson.

Tie-in advertising campaigns between automakers and movie studios are nothing new. The big screen is coveted real estate for automakers looking to place their products in front of large audiences, while studios are eager to license out characters to help sell products to consumers. That is what’s happening with the latest tie-in between Hyundai and Marvel Studios as the automaker looks to sell the all-new 2022 Tucson.

Marvel Studios has Loki (Tom Hiddleston), Sam Wilson as Captain America (Anthony Mackie), and Wanda Maximoff (Elizabeth Olson) starring in a series of ads that will play across TV, streaming, and social media that highlight the new Tucson crossover. The characters come from three Disney+ series, with What If…?, Marvel’s first animated series, joining the campaign later this summer. The ads were developed and produced by Marvel Studios, which worked with Hyundai’s Canvas Worldwide media agency and its INNOCEAN USA advertising agency.

The spots will be as short as 6 seconds or as long as a minute, depending on where they air. The collaboration with Marvel Studios to create the ads allows Hyundai to introduce the crossover to customers in a unique way.  “We were dedicated to creating custom content calibrated to the precise needs of Hyundai,” said Mindy Hamilton, senior vice president of partnership marketing at The Walt Disney Company. Disney scripted, produced, and managed creative for all three of the spots. 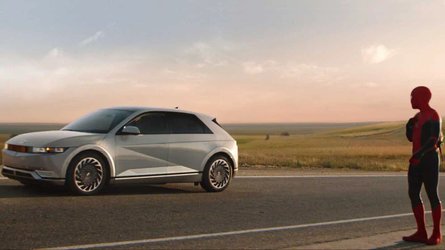 Hyundai Ioniq 5, Tucson Will Appear In 'Spider-Man: No Way Home' 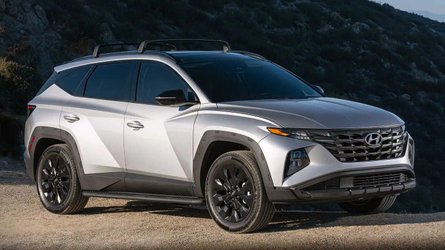 This isn’t Hyundai’s first foray into the Marvel Cinematic Universe. In 2017, the company created an Iron Man-themed Kona crossover complete with a two-tone matte gray and glossy red exterior paint scheme and a wider stance. Such a collaboration is not the goal of Hyundai’s latest Marvel campaign, which looks to introduce customers to the radically redesigned Tucson crossover. The 2022 model sports new looks inside and out, the newest tech, and even a hybrid powertrain.