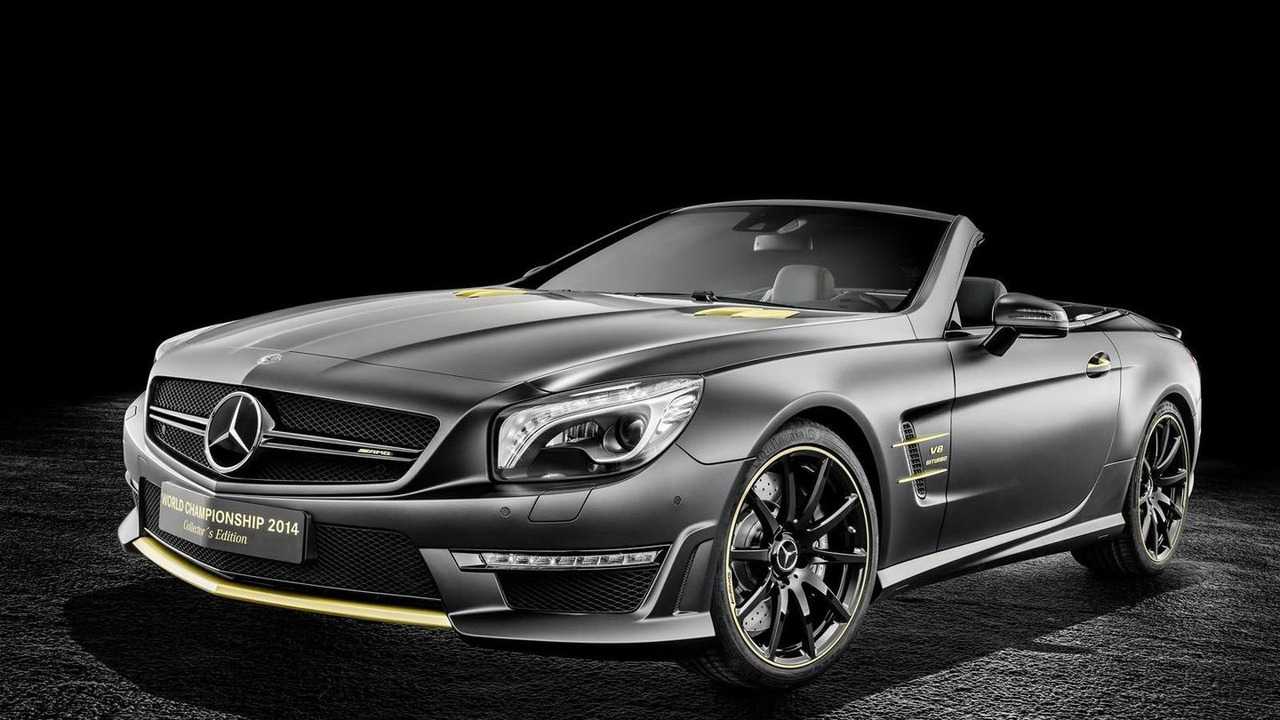 Mercedes AMG Petronas dominated this year's Formula 1 season after grabbing first and second places in the drivers' championship and also securing the manufacturers' title so they decided the best way to celebrate is by launching two special editions of the SL63 AMG.

The black one was created with input from Lewis Hamilton and comes with a bespoke designo night black magno exterior paint complemented by gold lettering, fins and stripes while the exhaust pipes have a chromed black finish. The same black & gold theme has been carried over inside the cabin where there’s black nappa leather and a gold trim.

The other SL63 AMG was co-developed with Nico Rosberg and has received a designo cashmere white magno paint combined with a designo himalayas grey finish for the spoiler lip, window trim, daytime running lights surround, lettering, wheels, door handles and the insert in the front bumper. This one too has chromed black exhausts while inside there is a designo exclusive style leather in titanium grey and several trim parts finished in designo cashmere white magno.

As a final touch, the black car comes with special badging and floor mats depicting the Silverstone track configuration where Hamilton took the win while the white car comes with the Hockenheim circuit where Rosberg triumphed this season.

Both cars share the same V8 5.5-liter bi-turbo engine outputting 585 HP (430 kW) and 900 Nm (664 lb-ft), enough for an electronically-limited top speed of 186 mph (300 km/h). The vehicles will be equipped with all the bells & whistles including a Bang & Olufsen sound system, AMG sports suspension, AIRSCARF, AMG Driver's Package, AMG sport seats, panoramic vario-roof with MAGIC SKY CONTROL and others as well.