Its chiseled looks gives it a proper off-road appearance.

It’s a darn shame that there’s not a Ford Bronco-fighting competitor from Chevrolet. The Blazer and Trailblazer nameplates adorn stylish mainstream crossovers, leaving Bow Tie fans without an answer to Ford’s off-road behemoth. However, the idea of a rugged Chevy SUV isn’t completely banished from GM. The always delightful General Motors Design Instagram page has a new post showing off a rugged-looking Chevy SUV.

We get one view of the SUV, and it’s straight-on, which shows off the big fat tires, tall ride height, and evocative styling. The design comes from GM designer Kyle Shin, and it incorporates several design features from other Chevy vehicles, though they’ve been turned up to 11 in their execution. The grille has a bold crossbar design reminiscent of the Chevy Silverado that sits between C-shaped lighting elements that accentuate the wide fenders. Gray cladding along the bottom adds to its off-road looks.

One neat design feature is the wide, chiseled hood that extends beyond the width of the windshield and looks to wrap around the cabin to the rear. It gives the windshield a visor-like appearance that flows into the roof design. The power bulge in the hood perfectly matches the bulge lines of the roof. The ultra-wide side-view mirrors are indicative of just how wide the SUV is. 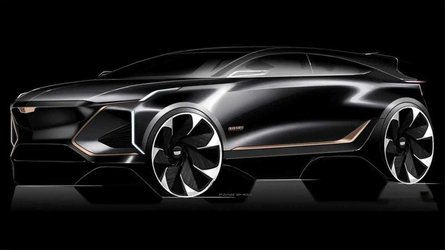 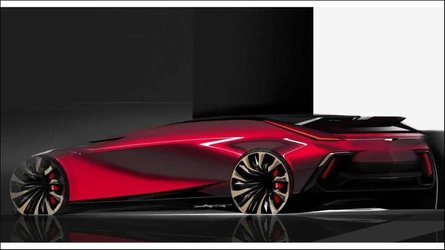 Weird GM Design Sketch Is 'Mean' But What Is It?

We don’t get a rear view of the SUV, though it’s safe to say that it’d be just as chiseled and tough as the front. However, for now, Chevy will carry on without a proper Bronco competitor, leaving Ford to fight Jeep and its Wrangler alone. These peeks behind the design curtain are always welcomed, though they’re also a great tease of styles and designs that’d look great on the road. While this design and others will remain on paper for the foreseeable future, a styling feature or two may make it onto GM’s next debut.