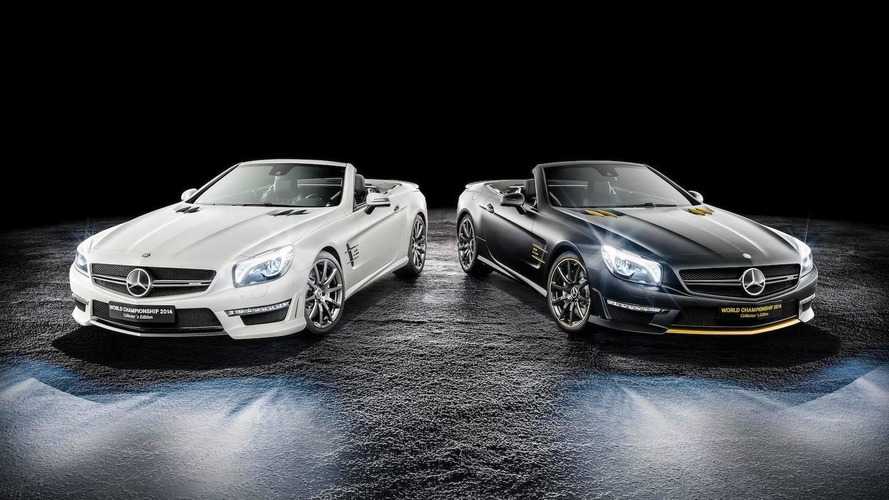 Mercedes-Benz has taken the wraps off the SL63 AMG World Championship 2014 Collector's Edition.

Mercedes-Benz has taken the wraps off the SL63 AMG World Championship 2014 Collector's Edition.

After a perfect Formula 1 season with Lewis Hamilton taking the win and Nico Rosberg coming second, Mercedes-Benz has decided to celebrate the triumph with a special edition SL63 AMG limited to 19 units. Both F1 drivers provided assistance in the development of the car and chances are Hamilton was in charge of the black one taking into account the gold accents whereas the white one comes with silver touches.

Both were unveiled last night during the Stars & Cars event in Stuttgart and as you can see the changes compared to a regular SL63 are not that significant, with Rosberg's car featuring the Hockenheim layout on the special badge, key fob and floor carpets while Hamilton's has the Silverstone track.