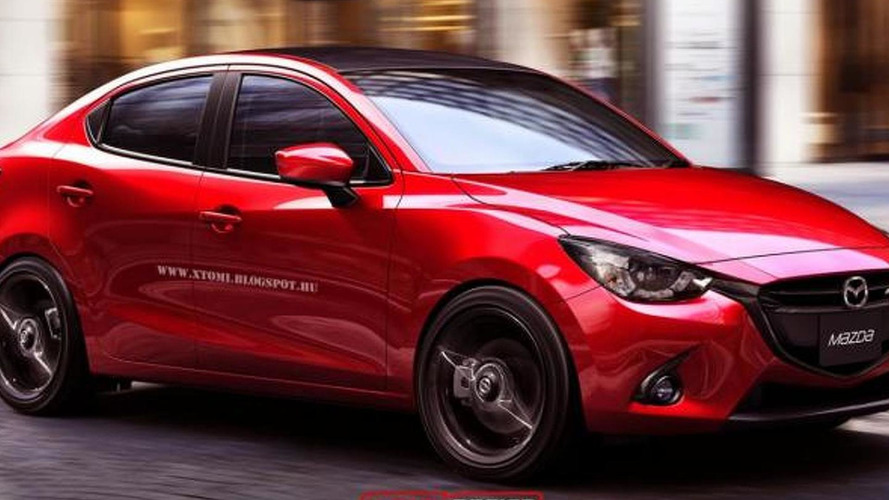 Mazda2 Sedan made its public debut at the Thailand International Motor Expo and is scheduled to go on sale next year. There’s still nothing official about other modifications of the subcompact vehicle but we can now take a look at how a Mazda2 MPS Sedan and a Mazda2 Coupe could look like.

The latter “would have been a good spiritual successor to the Mazda MX3”, according to “automotive manipulator” Chin. It has two doors, sloping roofline and slightly shorter wheelbase. The MPS Sedan version on the other hand offers a much sportier look with bigger wheels, black lacquered accents and black roof, as well as hinted windows and headlights.

Previous reports have suggested the Japanese brand is considering a sports version of the Mazda2 / Demio. While there are no plans for it yet, the model could be launched as a competitor for the likes of the Ford Fiesta ST.