The convertible is covered in thick camouflage and cladding.

Earlier this year, Mercedes unveiled the next-generation C-Class sedan and wagon, though the coupe and convertible were conspicuously absent from the announcement. There have been rumors that the two two-door models would disappear from the Mercedes lineup, though that doesn't appear to be the case. Spy shots have captured the C-Class Cabriolet for the first time, which means the C-Class lineup will at least have a convertible offering.

The shots show that the car is in the early stages of development, with thick camouflage and cladding hiding much of the vehicle. Even the convertible roof is covered in a bulbous black wrap, which could hide a hardtop roof, though we'd wager Mercedes will offer it with a softtop design just like it did with the SL. It's unclear if the car is wearing stand-in headlights, though we can tell with certainty that the rear lights are provisional units. We expect the C-Class Cabriolet to adopt the same styling shown on the other C-Class variants.

Those similarities will translate into the interior as well, with the C-Class Cab likely adopting the styling of the larger, more luxurious S-Class along with a smattering of its features. Under the hood, the convertible C-Class should offer the same lineup of gasoline and Diesel engines available in the sedan and wagon, including the potent AMG ones, too. However, Mercedes may forgo offering the least powerful powertrain in the C-Class Cabriolet.

Here’s What Else To Expect: 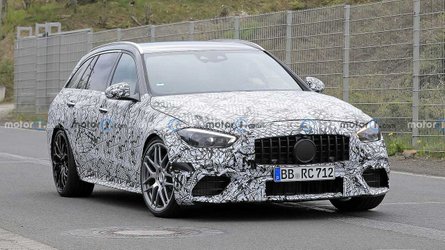 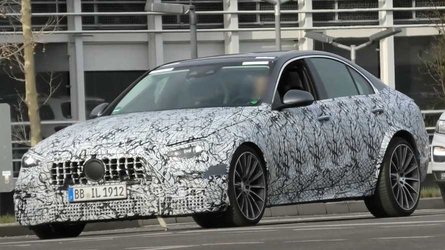 The thick camouflage tells us that we'll be waiting for Mercedes to reveal the C-Class Cabriolet. It likely won't break cover until sometime next year before going on sale in the spring of 2023. That's nearly two years away. But on the other hand, if Mercedes is developing the convertible, then there's a good chance that a C-Class Coupe variant isn't far behind. We'll keep our eyes peeled for both as development continues.