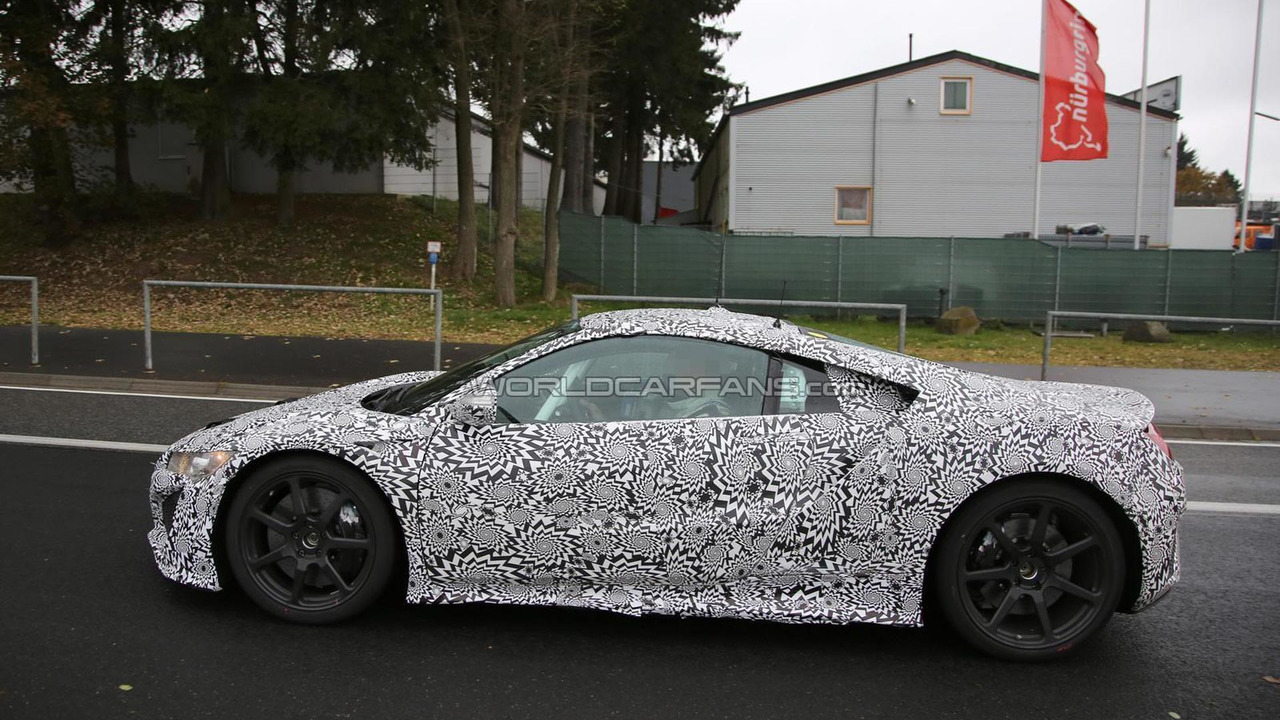 CAR is reporting the forthcoming 2015 Honda NSX has already reached sold out status in United Kingdom.

CAR is reporting the forthcoming 2015 Honda NSX has already reached sold out status in United Kingdom.

Honda still hasn't showed us the production-spec NSX but that hasn't stopped people from buying the car. Order books in UK opened two years ago and 100 clients have signed up by making £5,000 deposits to get their hands on the second generation NSX. Honda promises the model will cost just about the same as an Audi R8 but offer the performances of a Ferrari 458 Italia.

It will do that thanks to a Sport Hybrid Super Handling All Wheel Drive (SH-AWD) system encompassing a mid-mounted twin-turbo V6 and three electric motors, with one of them incorporated into a dual-clutch transmission. The conventional engine will drive the rear axle while the other two electric motors will power the front wheels.

The Honda/Acura NSX reboot will be built in Ohio, United States at the Honda Performance Manufacturing Center and should be unveiled in January at the North American International Auto Show (NAIAS) in Detroit.

As a final note, CAR mentions Honda UK has opened the order books for the Civic Type R and those who are interested have to make a £3,000 deposit and then wait until August or September 2015 to get the car.