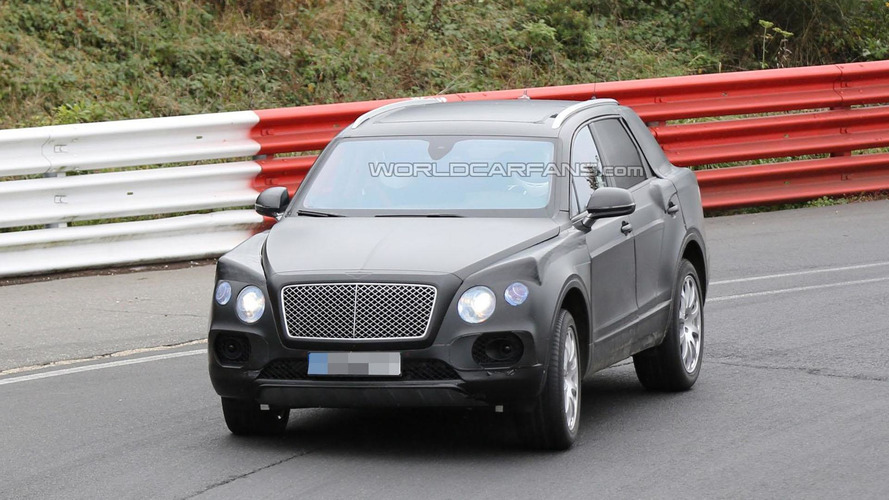 Dutch media is reporting Bentley has trademarked the "Bentayga" moniker which could be used for their upcoming crossover.

Dutch media is reporting Bentley has trademarked the "Bentayga" moniker which could be used for their upcoming crossover.

Like it or not, Bentley's first ever crossover is confirmed for a 2016 market launch and chances are it will be commercialized with the "Bentayga" designation. The name is derived from a rock formation found in Gran Canaria in the Canary Islands (Canaries), a Spanish archipelago located off the coast of Morocco.

Previewed by the criticized EXP 9 F concept, the model will be according to Bentley the "most luxurious and powerful SUV on the market" and when configured with the W12 engine it will be the "fastest SUV on sale." It will be followed in 2017 by a plug-in hybrid version which they expect to be the best-selling version as almost 30 percent of potential buyers have expressed their desire to go for the hybrid.

The high-riding Bentley will be based on the MLB Evo platform and besides the 6.0-liter W12 and plug-in hybrid setup (offering 30 miles electric range) it will likely be offered with a twin-turbo V8 4.0-liter along with a 4.2-liter V8 TDI sourced from Audi but further tweaked by Bentley's engineers.