Benedetto Vigna comes from STMicroelectronics where he’s worked since 1995.

Before Ferrari’s last CEO, Louis Camilleri, departed in December, he said that he didn’t see the automaker ever going fully electric. However, the brand plans to offer its first fully electric vehicle in 2025, and a new CEO will now lead that effort. Today, the Italian automaker announced Benedetto Vigna would lead the company, bringing decades of expertise from the technology industry to Ferrari.

Vigna has spent the last 26 years at STMicroelectronics, most recently serving as president of the company’s Analog, MEMS (Micro-electromechanical Systems), and Sensors Group, ST’s largest and most profitable sector last year. He founded the company’s MEMS activities. According to Ferrari, “His deep understanding of the technologies driving much of the change in our industry…will further strengthen” the automaker. Semiconductors, chips, and other technologies are a hot commodity in the industry as automakers pack more tech into today’s cars, including electric powertrains.

Ferrari hasn’t detailed its EV push, but a patent from early 2020 previewed what the company is at least thinking about in the future. It was a patent for a four-motor, four-wheel-drive mid-engine car that’d support both fully electric and hybrid powertrains. The company introduced its first hybrid, the SF90 Stradale, in 2019, becoming the company’s most powerful road car ever with 986 horsepower (753 kilowatts). In 2019, the company said that it’d hoped that by 2022 60 percent of its sales would be hybrids. 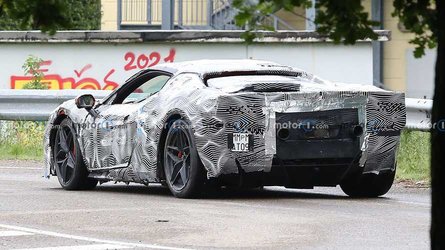 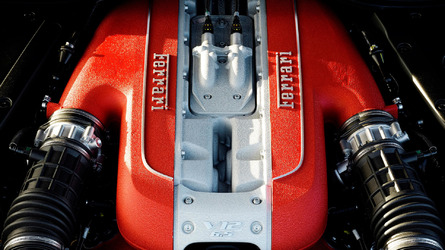 Vigna takes control of Ferrari at a time when electric powertrains are beginning to democratize performance. Mainstream EVs can offer impressive performance numbers for reasonably affordable prices, which could pose an issue for performance carmakers like Ferrari. The industry is rapidly changing, with technology at the core of that shift, so picking a tech veteran to lead Ferrari is a smart move. Vigna assumes the role of Ferrari’s CEO on September 1.