Doc Brown would be proud.

Let's be honest for a moment. When Back to the Future came out in 1985 and Doc Brown's trailer opened up to reveal the infamous time-traveling DeLorean, there were probably very few people in the theater who knew the V8 engine sound was fake. At that point, DeLorean was a little-known company that failed and as such, nobody knew it really had an anemic V6. But a V6 doesn't cut it for a blockbuster film about a time-traveling sports car.

In the decades since, we suspect someone, at some point, stuck a V8 into a DeLorean. We know at least one person did, and very recently in fact. That person is Alexandre Claudin, and if the name sounds familiar, you may have seen him on the wild Netflix car stunt show Hyperdrive. He was tooling around in a Dodge Charger for that gig, but the French drift driver also has an affinity for Back to the Future, and specifically, the DeLorean. He wasn't satisfied with a fake V8 sound, so he did what any adoring fan would do – he stuffed an LS V8 under the hood. And by that, we mean the front hood.

His Instagram account chronicles the build, and let's just say it's extreme. With the DeLorean being a rear-engined car, fitting a V8 up front obviously called for extensive custom fabrication. There's basically a tube frame encompassing the underside of the standard body, with a full cage inside because this sucker is destined to be a sideways-loving drift machine. Suspension components are custom, the interior is custom, but there's no forgetting what made the DeLorean famous. The gullwing doors still do their gullwing thing, and yes, there's a flux capacitor nestled behind the seats. How cool is that? 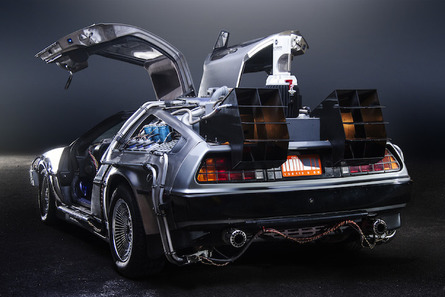 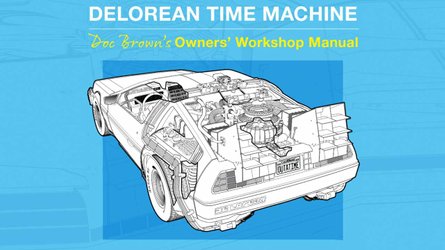 It may not have a Mr. Fusion for breaking through the space-time continuum, but we have no doubt this thing will break a few egos as it stretches its legs in the global motoring scene.